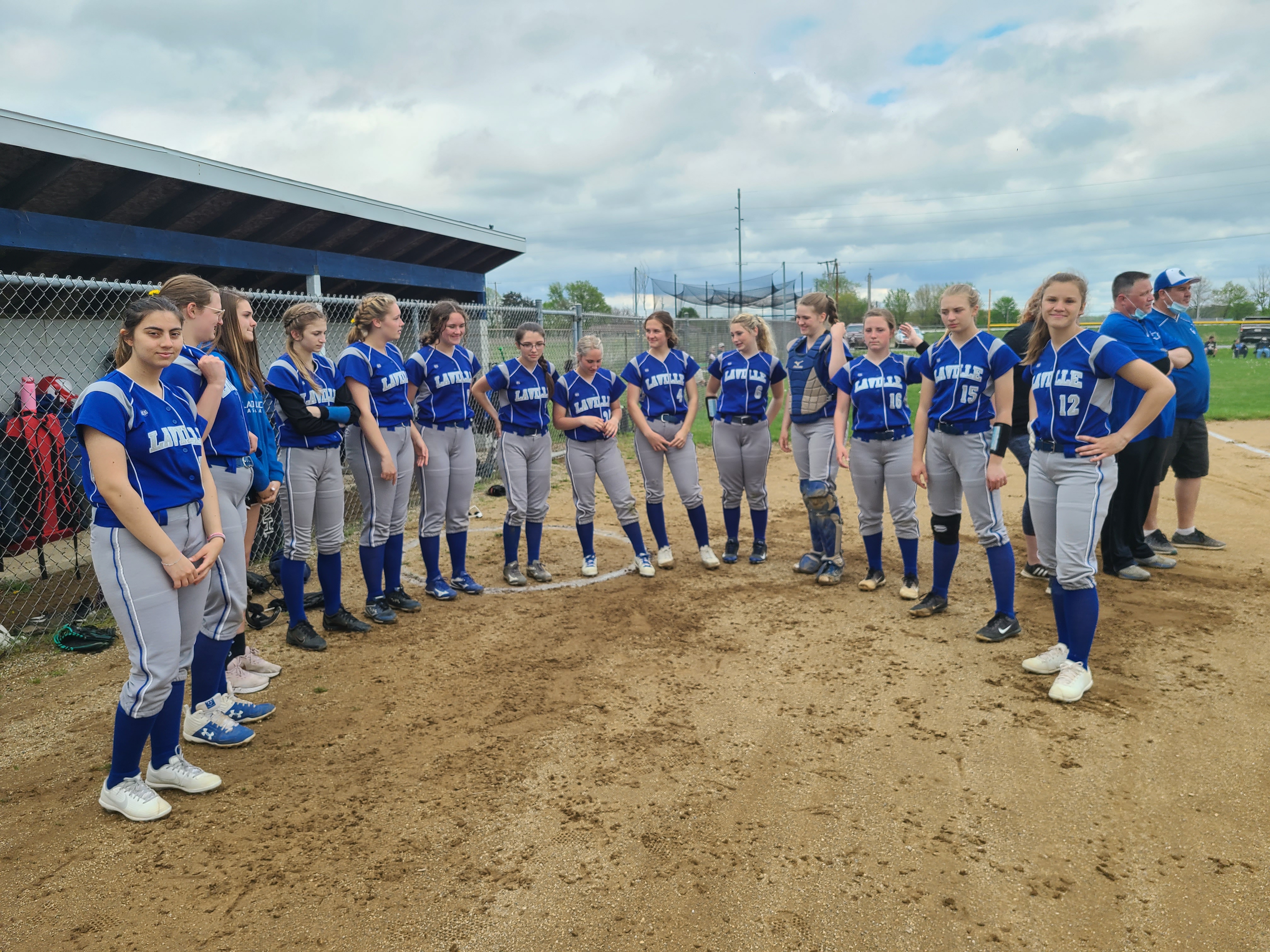 LAKEVILLE, IN. – The varsity softball team played host to Class 3A #18 South Bend Clay in a non-conference game Monday.
LaVille struck first as senior Allison Medors drilled a two-run home run on a 2-1 pitch over the left-center field fence.
Clay would fight back, scoring one run in the second and two runs in the third to take a 3-2 lead into the bottom of the seventh.
Both teams put runners on base as the game progressed, but pitching and defense won out keeping the score at 3-2 heading into the bottom of the seventh.
LaVille’s Heaylyn Kwiatkowski singled to left and was able to round the bases following a throwing error to second to touch home and tie the score at 3-3 with no outs.
Following a pop out, Medors stroked a stand-up double down the third base line before Quincy Blodgett intentionally walked to put runners at first and second with one out in the bottom of the seventh.
Clay was able to keep the Lancer offense at bay and forced the game into extra innings.
The visiting Colonials used three LaVille errors and seven hits to score 10 unearned runs in the top of the eighth to take a 13-3 lead.
LaVille was able to scratch out a run in the bottom of the eighth when Kylie Gorka walked and later scored on a throwing error by the Colonials.
Blodgett turned in a solid performance in the circle allowing two earned run and striking out six through seven innings. She would finish with eight strikeouts.
LaVille (4-8) is scheduled to play host to Bethany Christian in a non-conference game Tuesday at home.  The first pitch is scheduled for 5 p.m. at the high school diamond.