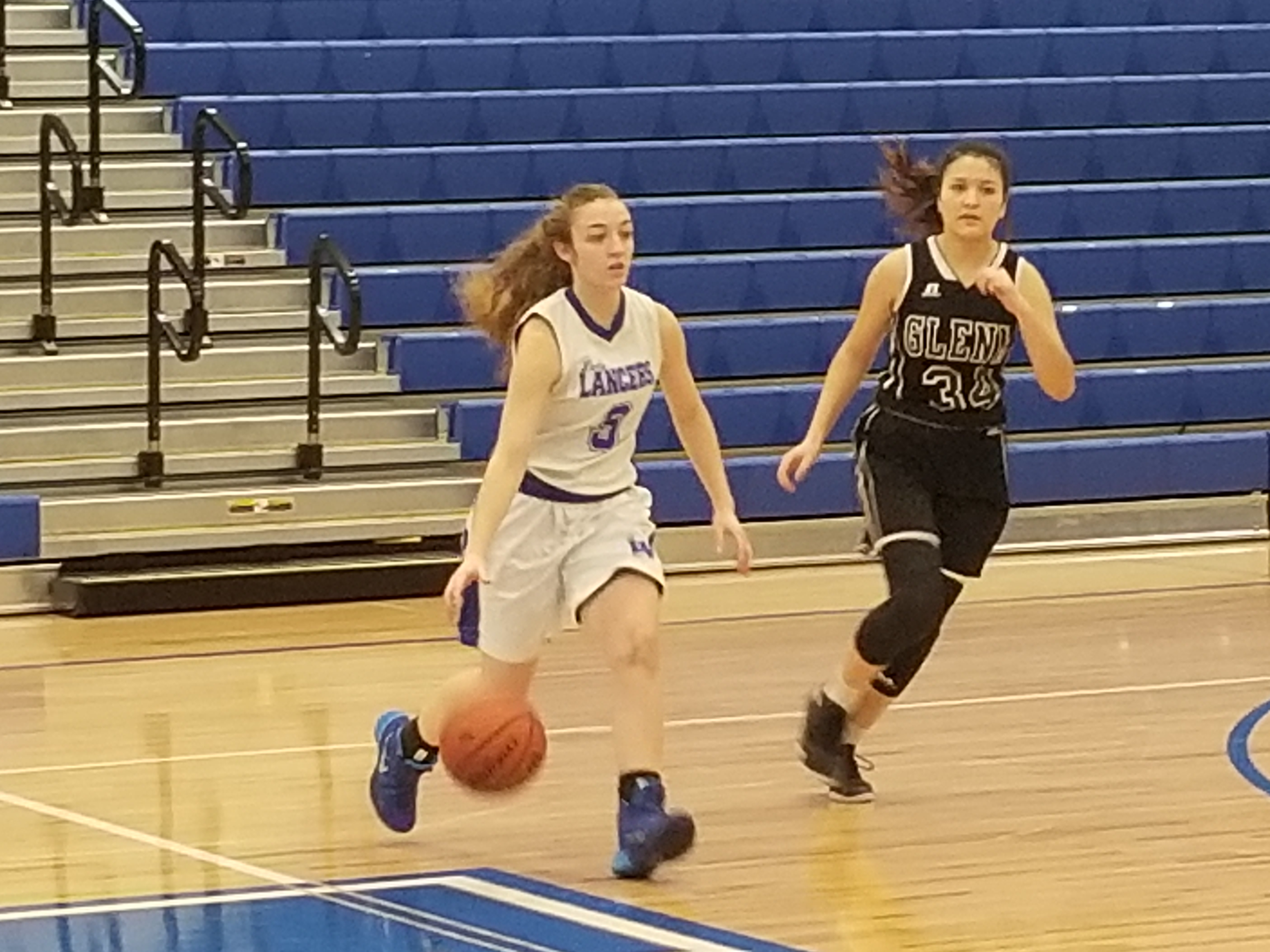 LAKEVILLE, IN. – The junior varsity girl’s basketball rallied from an early deficit to pick up a 30-29 victory over John Glenn in the semifinal round of the TCU Bi-County Tournament Wednesday at Dale E. Cox Gymnasium.
The Falcons defeated LaVille 45-38 back on December 23 before the host Lancers was able to even the season series.
LaVille struggled early Wednesday, trailing 7-4 at the end of the first quarter.
The Lancers, however, used a key bucket by Kylie Gorka from the left elbow to take an 11-10 lead with 1:41 to go before halftime. Lauren Edison sank a pair of free throws to give LaVille a 13-10 lead before two John Glenn free throws closed the half, giving the Lancers a 13-12 lead at the break.
The Falcons came out hot to start the third quarter, outscoring LaVille 9-2 to take a 21-15 lead at the 3:07 mark of the third quarter.
Lauren Dove and Faith Rock, however, picked up the offensive pace, hitting key buckets as the Lancers went on a 15-0 run to take a 30-21 lead.
Dove drained a pair of 3-point field goals to go with a bucket, while added a pair of field goals covering a span of 4:36.
Glenn, however, had one final run as Aubrey Rizak and Lauren Fansler scored crucial baskets. Rizak’s 3-pointer from right of the key narrowed the lead to 30-29, but the Lancers were able to withstand the Falcons final efforts to earn the win and advance to the TCU Bi-County championship game.
Dove came off the bench to lead LaVille with 10 points. Rock added nine and Lauren Edison chipped in with seven. Rock led the rebounding effort with six, followed by five boards each from Dove and Rebekah Beehler. Quincy Blodgett had four steals and Edison three steals.
LaVille improves to 13-5 overall, including three straight wins. The Lancers will face Culver Community for the TCU Bi-County JV Girls title Saturday, January 25. The game will tip at 12 p.m. inside Dale E. Cox Gymnasium at LaVille High School.