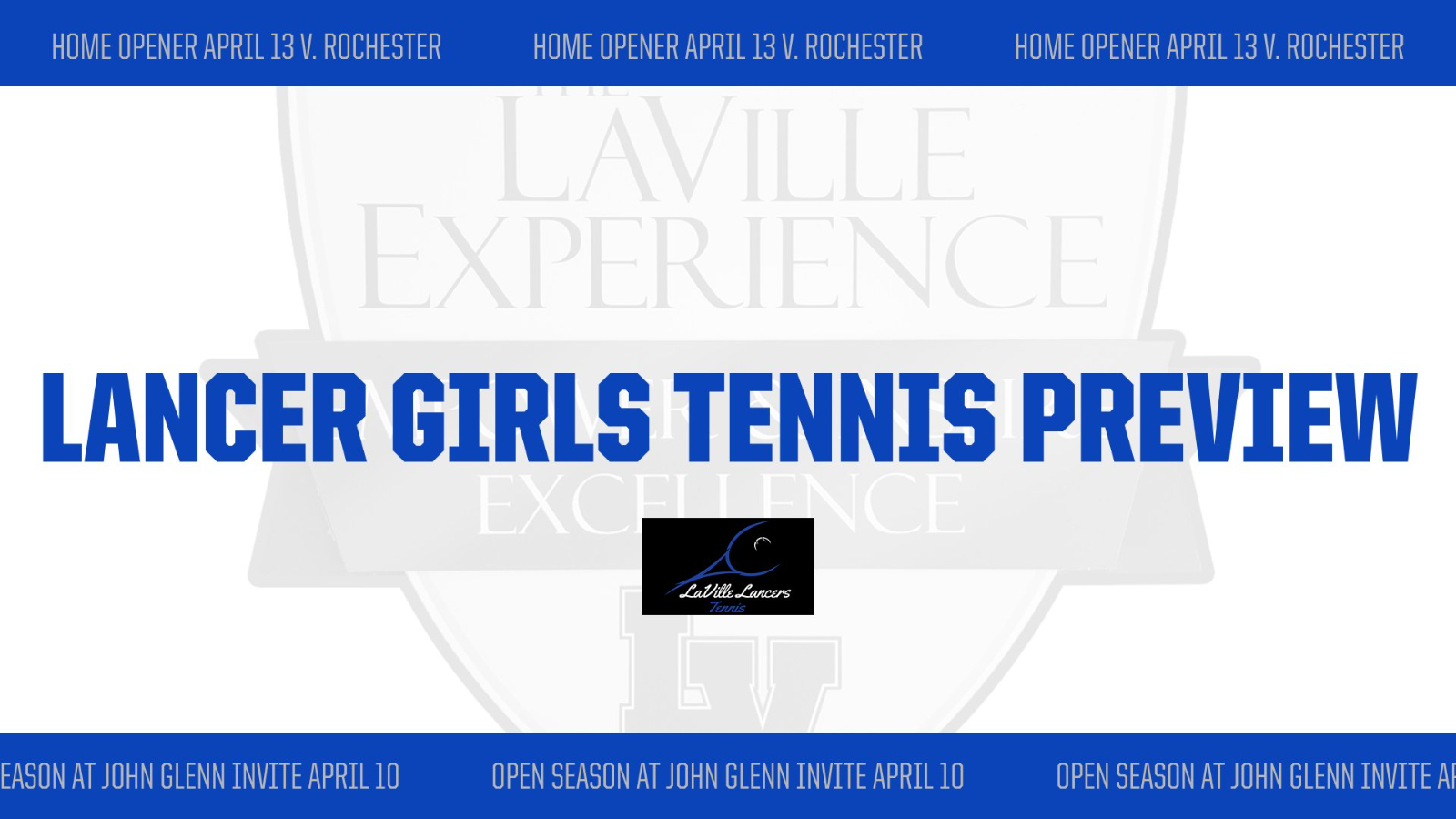 LAKEVILLE, IN. – The LaVille Girls Tennis team is ready to hit the courts for the 2021 campaign.

Haisley welcomes back one letterwinner in senior Ally Maenhout.  Maenhout will play #1 singles.

“Ally Maenhout is our team captain this season,” said Haisley.  “She’s a strong singles player that has experience, excellent work ethic and wants what’s best for the team.”
Haisley also welcomes senior newcomers Becka Bower and Alaina Kertai.
“Becka is our #2 singles and Alaina is half of our #2 doubles team,” said Haisley.  “Sophomore Elaina Franz, is stepping in as the other half of the #2 doubles team.”
The spring northern Indiana weather has been inconsistent, yet Haisley credits her squad for taking mother nature in stride.
“Practices have been challenging due to the ever changing weather,” Haisley explained.  “But the girls adapt and we’ve had very productive practices. I’ve seen a lot of determination and focus.”
Haisley feels good about her singles group.
“We have a pretty solid singles line up,” said Haisley.  “Bower and Megan Kurzhal have both shown a lot of improvement on the singles courts and we’re looking forward to this season.”
According to Haisely, the Lancer Girls Tennis team is, “anticipating our doubles teams will have a strong chance at conference this year.”
LaVille will once again participate in the Hoosier North Athletic Conference.
“The HNAC tennis teams are usually pretty strong at multiple positions,” said Haisley.  “I believe this year will be even better. Having the season cancelled last year is fueling all of us to work hard and compete at a high level.”
Haisley also pointed to a special opportunity to honor those battling or have lost the fight against breast cancer. The LaVille Girls Tennis team will host a pink match against Triton on April 21.  The match is scheduled to begin at 4:30 p.m.
According to Haisley, Lancer Girls Tennis will start out the season with the following line up:
#1 singles Ally Maenhout (senior)
#2 singles Becka Bower (senior)
#3 singles Megan Kurzhal (junior)
#1 doubles MaKenna Tribbey (junior) and Lauren Dove (junior)
#2 doubles Alaina Kertai (senior) and Elaina Franz (sophomore)
The junior varsity squad will consist of:
Olivia Krueger (junior)
Lauren Hominiuk (sophomore)
Jolie Gonzalez (freshman)
Makayla Johnson (freshman)
Annabelle Miller (freshman)
LaVille will open the 2021 regular season on April 10 at the John Glenn Invitational.  The tournament is scheduled to begin at 9:30 a.m.
The first home match is scheduled for Tuesday, April 13 against Rochester at 5 p.m.
Apr
13