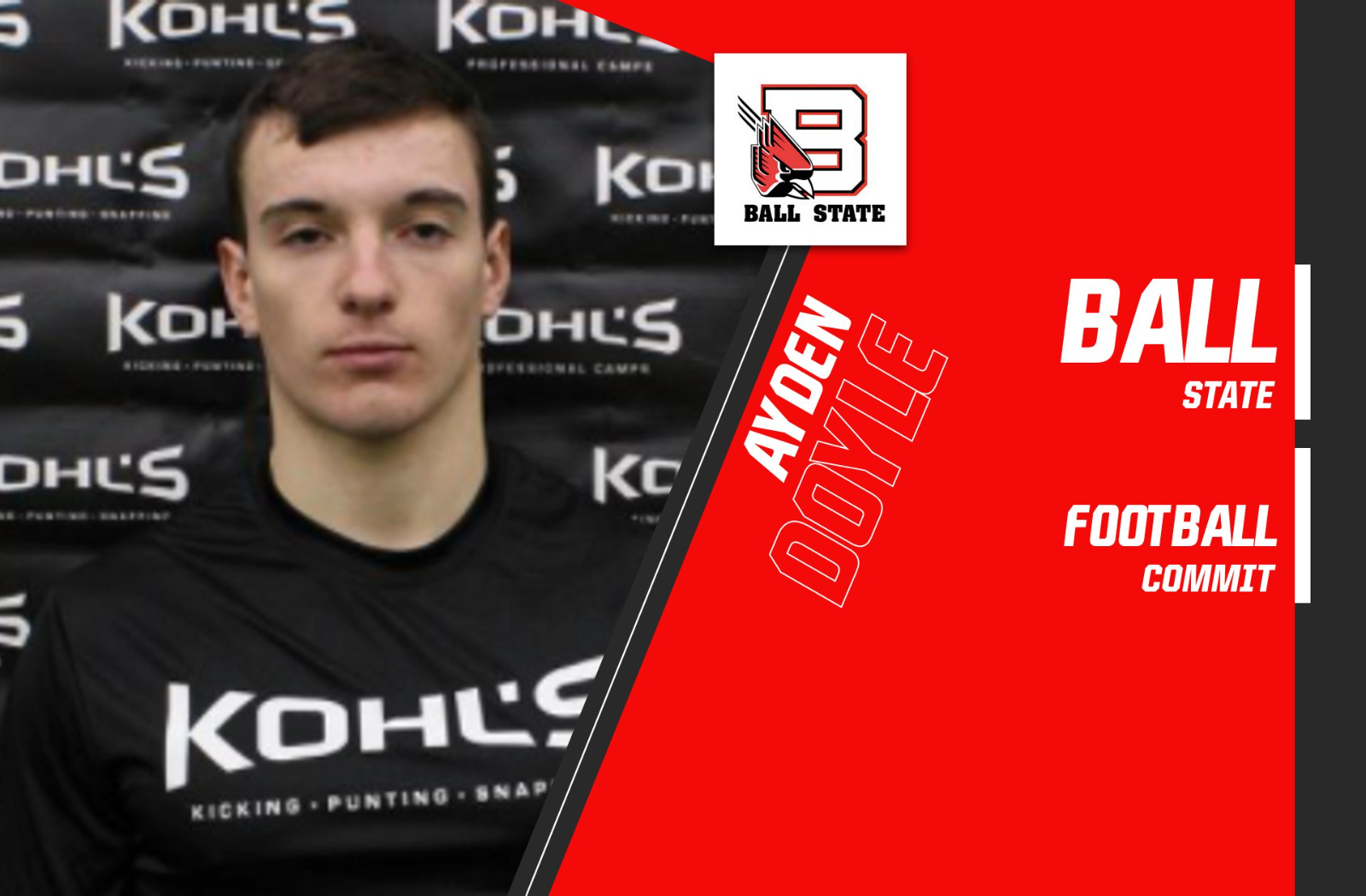 LAKEVILLE, IN. – Senior Ayden Doyle has signed to continue his academic and athletic career for Ball State University.

“Ball state offered me a PWO, preferred walk-on spot on their team,” explained Doyle.  “That means the coaches want and need me on the team, but just don’t have any more scholarships left to give me. I have a roster spot and I’m on the team, and I will compete for the starting spot at long snapper when I get down to Muncie this summer.

“A lot of people confuse walk on and preferred walk on, they are two totally different things,” continued Doyle. “Walk-ons are athletes who the coaches know nothing about, only a couple of them will make the practice squad, meaning they aren’t on the team, they just make up the scout team to practice against the starters. Coach (Patrick) Dougherty, the special teams coordinator for Ball State, has been following me on twitter since December and we started contacting each other the day before my senior showcase in Dallas. He reached out to me after I told him I was going to be attending that showcase and he wished me luck and wanted to call me later that night and talk to me about their current situation with offers and just about Ball State and wanted to get to know me more. Me and my mom zoomed him after the camp when we got back home and he was asking about my snapping and telling me what it would be like playing at Ball State. He said I’d compete for the starting spot and if I won it then I’d be on full scholarship.” 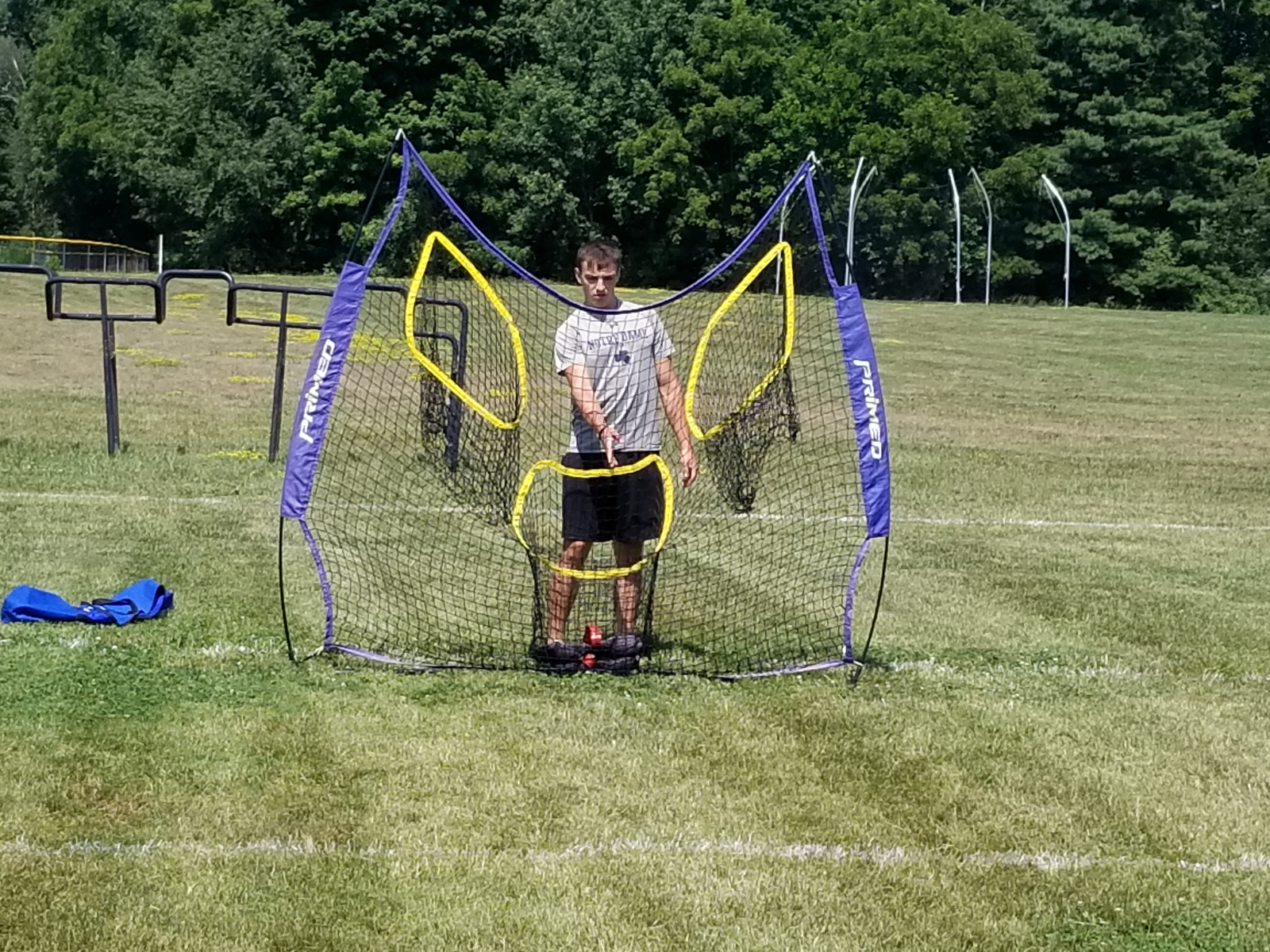 According to Doyle he was snapping in the gym after a basketball practice and his phone started to go off.

“I had my phone on the tripod and all the sudden I heard it drop and hit the court floor,” Doyle said.  “I ran over to it and coach (Patrick) Dougherty was calling me. I called him right back and he asked me what I was up to and how I liked my visit. He then proceeded to tell me that he has extended an offer towards me and wanted me to play for Ball State. I was absolutely ecstatic, I couldn’t believe it. I instantly accepted and committed that night.”

Doyle first started learning how to snap the football when he was in elementary school. 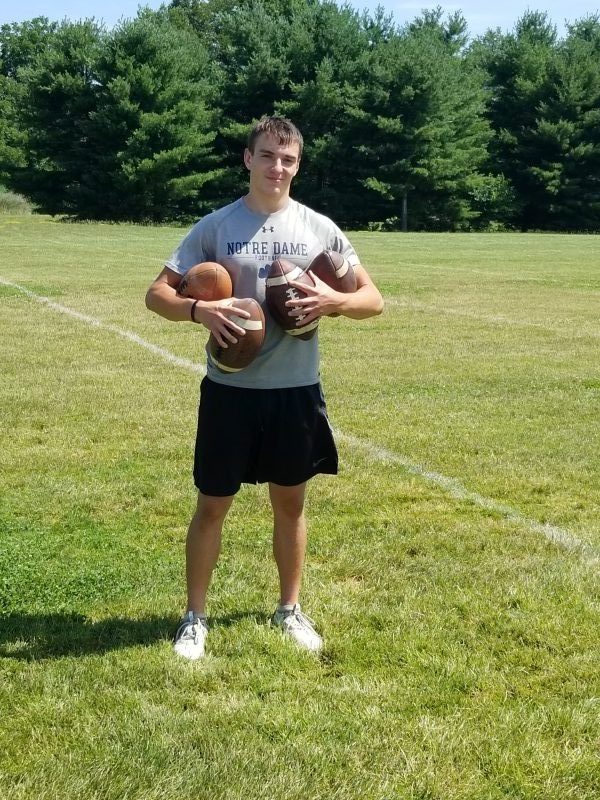 “I was a center during that time so he wanted me to develop; I had a knack for it right from the beginning,” continued Doyle.  “I’m really thankful for his knowledge and guidance getting me to learn and realize how important that position is. So I guess I was just really interested in trying to help the team out as much as I could at the time but also interested in being a great snapper and playing D1 College Football.”

“I have to say that my punter, Leyton Czarnecki, and our special teams coach Nick Roseland told me about the Kohl’s specialty camps for punter, kickers, and snappers,” explained Doyle.  “They are to thank as well for letting me know of exposure camps so I could get my name out there to college coaches. Above all, what really drove me to attend those camps was the need to get ranked among long snappers nationwide in the ‘21 class.” 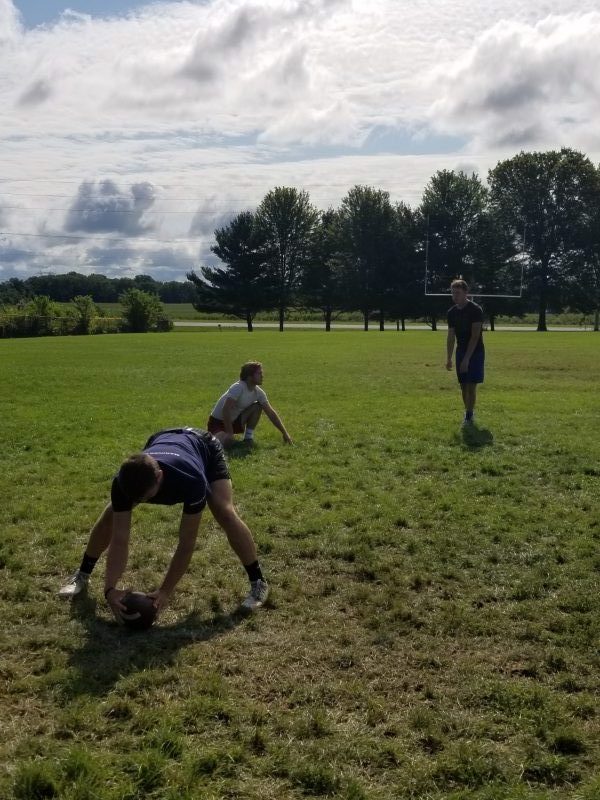 The Kohl’s Camps are run nationwide and have taken Doyle to places like Chicago, Westfield, Indiana, and Dallas.

“The snapping camps I have attended have all been Kohl’s camps,” Doyle admitted.  “One in Chicago, one in Westfield, IN, and one in Dallas. The first one was August ‘19 and it was a training camp to get me more developed and a feel for the showcase camps. The second camp in Westfield was the Midwest Showcase, which was a competitive camp where you would snap to a target and they would keep track of your hits and misses, as well as have you compete in final competitions head to head vs other snappers. And the third one was a senior showcase with only seniors and college transfers participating.

“I’ve learned a whole lot through these camps, both in perfecting my craft and technique, as well as mastering the mind and controlling your adrenaline and nervousness because it can be very stressful,” Doyle continued.  “Snappers have one job, to get the ball back to the punter and holder in the same spot every time at a very rapid pace. So a lot of pressure is put on them to be perfect 99.9% of the time. Kohl’s has molded me into the snapper I am right now. 99.2% of all kickers, punters, and snappers on all D1 rosters have been to Kohl’s camps, that’s a pretty amazing stat and it shows how beneficial Kohl’s camps are.”

According to Doyle, his workouts included a lot snapping – rep after rep – for hours.  It includes snapping to a target, though there are times Czarnecki and Doyle would go out to the field and snap to him and Czarnecki would work on his punting. 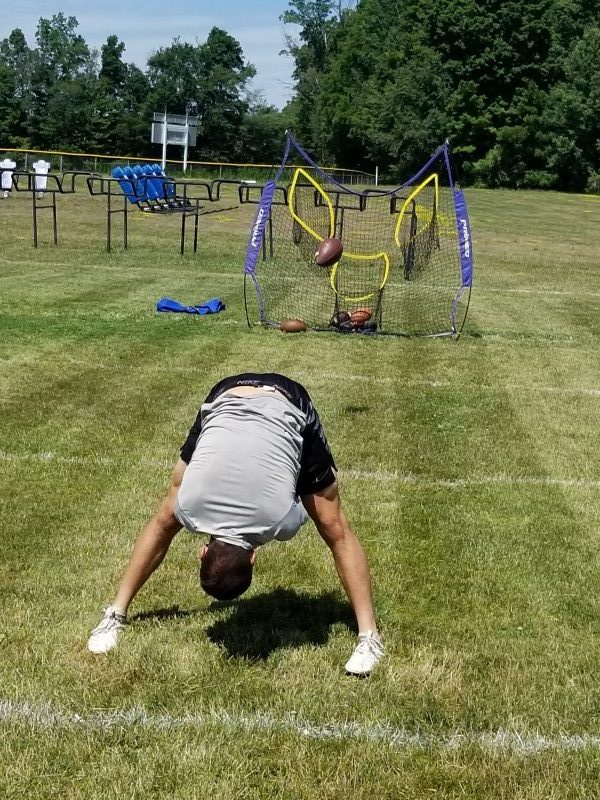 What is a typical workout for a long snapper out of season?  About how long would you spend crafting your skill as a long snapper.

“It’s very important to be extremely accurate because the punter needs to get it off fast so in order to do that, he needs the ball in the same spot every single time so he doesn’t have to adjust and risk the punt getting blocked,” said Doyle.  “I would usually spend two hours a day snapping, but also about two sessions of yoga a day to improve my flexibility in order to snap through pads.”

Recently, Doyle was recognized as a 4-1/2 Star long snapper by Kohl’s. Similar to kickers and punters, Kohl’s has a variety of areas which they evaluate long snappers on.

“Snappers are most importantly evaluated on accuracy,” explained Doyle.  “The snap, on a punt, should be at the waist of the punter every single time either on the right side or the left side depending on their dominant leg. Next, is the velocity. Velocity is very crucial in order for the punter to be able to catch the snap, and get the punt off in time so it doesn’t get blocked by the oncoming rushers. Average snap to punter time at the FBS level is about .65 to .75 seconds. That range of time is extremely fast. My average snap time is .68 at 15 yards which is among the fastest long snappers in the nation. They time you from the movement of the ball at the snap to the punters hands. But 9/10 times, the ball has to be in the same spot every single time for long snappers, it’s that crucial for the punters to be able to catch the snap efficiently and get the punt off in good time.”

So how is the star system decided and ultimately used.

“The star system is a combination of many different things,” explained Doyle.  “The most important is accuracy, if you can hit 90% of your targets automatically, you’re gonna get a high rating. The second most important thing is velocity. Snappers with great velocity and great accuracy are usually 5 star snappers. 5 stars being that you are extremely consistent and have great velocity, and can also win in competitions at the end of camps head to head vs other snappers. 4.5 stars is that you are a very consistent and fast snapper but you just lack that 90 to 100 percent consistency. 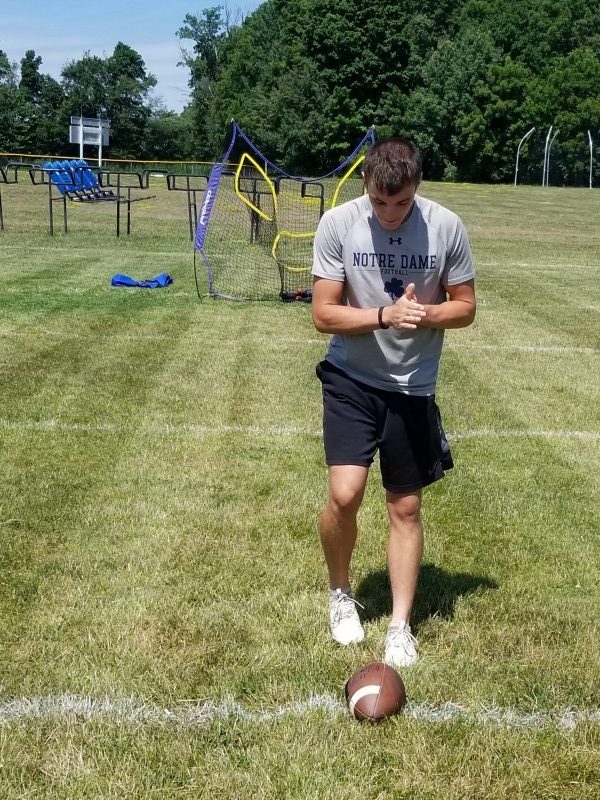 “Only 15 snappers in each class are 5 star snappers, so very, very few snappers are 5 star snappers,” continued Doyle.  “I was rated a 4.5 star snapper and I believe I could’ve been rated a 5 star snapper had I not done bad the first day of the senior showcase in Dallas. A lot of the rating goes into how consistent and fast you can snap the ball, but then a good portion of it is also evaluating snappers when you compete with other snappers head to head.”

Doyle is most appreciative of the Kohl’s Professional Camp and what it has taught him and the opportunities it provides kicker, punters, and long snappers.

“The Kohl’s experience has been amazing,” said Doyle.  “To be a part of the most elite organization for long snappers is just amazing. Kohl’s camps for long snappers are similar to the Elite 11 camps for top rated High School QB’s across the nation. They are also very professional and demand excellence. You have to be good to go to those camps or they really won’t appreciate you attending, Leyton will tell you the same thing.

“These camps are the most elite camps for snappers and kickers,” continued Doyle.  “It’s been the best of times snapping with the best snappers in the nation and I’m glad to be ranked 65th in the country among all the most elite snappers.”

According to Doyle, long snappers are an important part of a football team. There are people who don’t understand the game of football and don’t realize how important long snappers are. In order for punters to pin offenses down in the shadows of their own goalpost, they need to snap an easily catchable ball to the same spot with great speed every single time so they can catch and go right into their drop without any hesitation. Games are won and lost every season through special teams, every single snap counts, it’s a game of inches. Being able to limit an offense’s room to work with is a huge factor in getting a quick 3 and out and getting the ball back into the hands of your own offense. 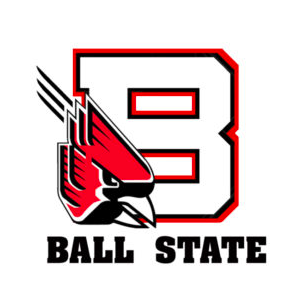 “I chose Ball State mostly because they play at the D1, FBS level,” concluded Doyle.  “They are a great team that plays in a very stout conference, the MAC, arguably the best conference outside of the power 5 conferences. Ball State is also coming off of a MAC championship as well as a bowl game win vs. San Jose State in the Arizona Bowl and I just really want to be a part of that winning culture especially at the D1 bowl subdivision level.

“It has been a dream of mine ever since I was a little kid to play D1 football and it’s finally coming true at a great, athletically minded school who cares about winning championships,” noted Doyle.  “Ball State has a great Nutrition/Dietetics program and I can’t wait to major in that there. I’m so thankful and blessed to be able to experience this upcoming part of my life and I couldn’t have done it without my family, friends, and coaches, but most importantly my parents and grandparents for helping me get to camps and get better, putting me in the right position to succeed. They invested a lot of time and money for my future and I just can’t thank them enough; I’m so blessed to have a great, loving family. Me being able to get this offer is my gift to them, for donating time and resources towards me so I could be successful. Can’t wait for what the future holds. Chirp chirp, Cardinals! #1AAT #GoCards #MACtion.”