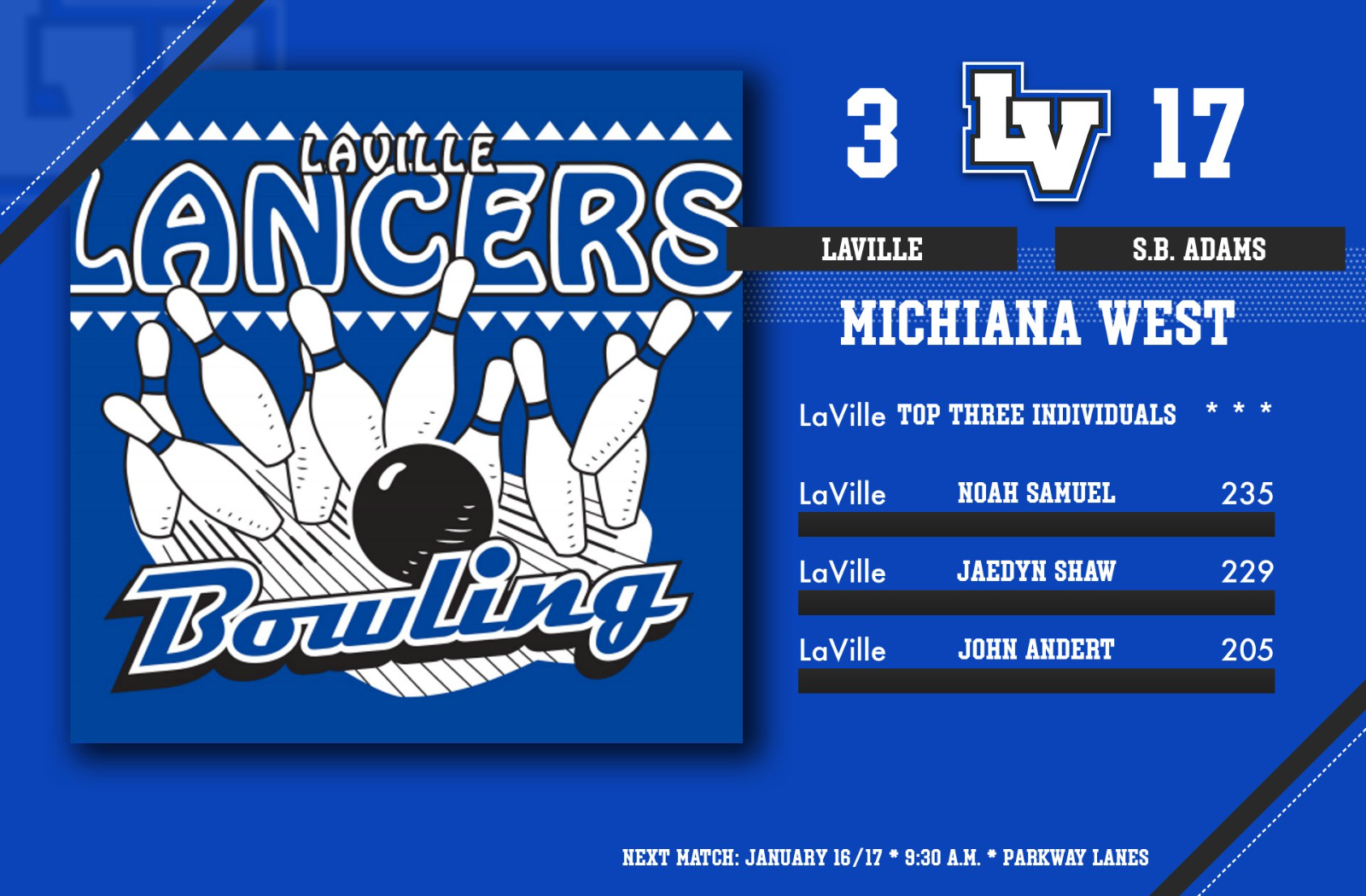 SOUTH BEND, IN. – The LaVille Bowling team was back in action in the Michiana West Bowling Conference.

The Lancers faced South Bend Adams in their return to Chippewa Lanes following a 1,419 to 961 loss to South Bend Riley in the last outing.

The youthful LaVille team, all members of the freshman class, continues to improve, dropping a 1,619 to 1,057 score to South Bend Adams.

“We had our best day yet on the lanes since we started the season,” said LaVille Bowling coach Kevin Kubsch.  “We were close in a number of our matches early in the games and Adams figured out the pattern and began throwing a number of strikes in the end to secure all the matches in game one.

“Adams continued strong with one of their bowlers starting out the second game with the first six strikes in row and their bowler finished with a score of 229,” continued Kubsch.  “We were not able to put up enough strikes to overtake them in game two.  Jaedyn Shaw did win her head to head match in game two which was our first individual win this season in head to head competition and Gabby Paul bowled fifty one pins over her average in game two.”

According to Kubsch, the 1,057 pin total for two games is the highest pin total so this year.

“We continue to make great strides in our performances which is very encouraging,” Kubsch concluded.

LaVille will bowl at Parkway Lanes on January 16 and 17 in the St. Joseph Valley United States Bowling Congress Association Tournament.  This weekend is about the high school bowlers winning scholarship money and the chance to earn individual placement and doubles placement.  “It is an opportunity for the kids to be recognized for their skills,” Kubsch said.

The event is limited to parents only.