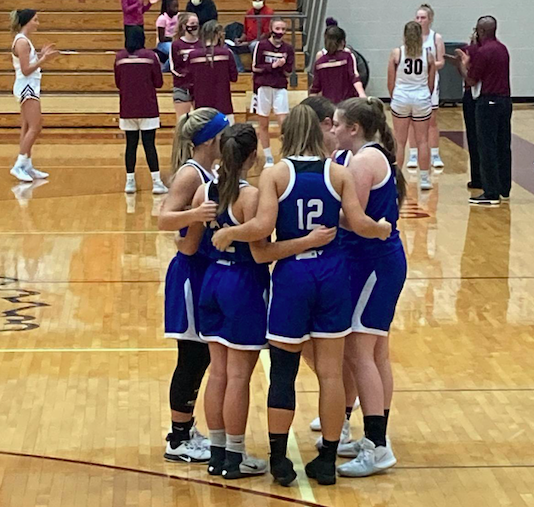 ELKHART, IN. – The LaVille Varsity Girls Basketball team rallied for a 37-31 come-from-behind victory at Jimtown High School.
The Lancers trailed at each of the first three breaks, before outscoring the hosts 13-5 in the final quarter to pick up the win.
“The team showed good resiliency and was able to make adjustments throughout the game,” said LaVille Head Coach Daniel Pleninger.  “Even in the final minutes we were able to keep our composure.”
LaVille gained some much needed momentum when the Lancers had back to back offensive rebounds off missed free throws where the Lakeville guests had a chance for an-one.  LaVille scored five straight points in about three seconds off the clock to gain the lead.
The Lancers put six players in the scoring column in the final stanza.  Lucy Sherk had four of her team-high 11 points, Allison Medors hit a pair of big free throws, Kassi Watts added three points, Lauren Edison and Heaylyn Kwiatkowski added a free throw each, and Faith Rock hit a key bucket as the Lancers ceased the late-game opportunity. 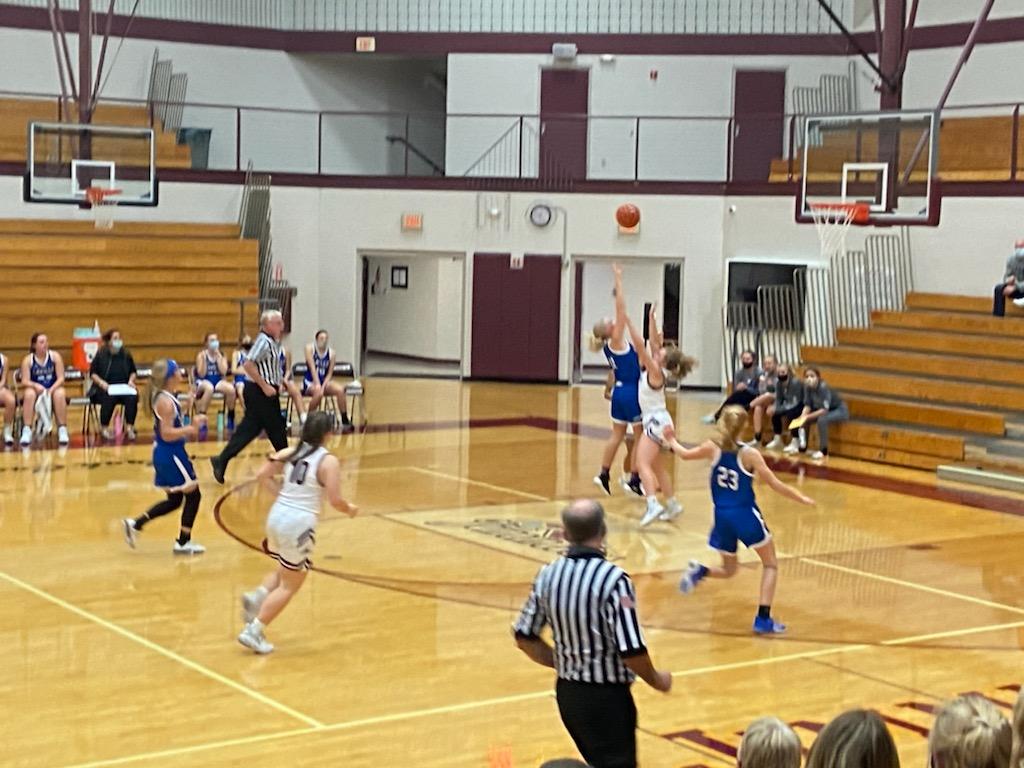 The LaVille defense also played well in the second half, allowing just three Jimtown field goals, while the Jimmies were 5-of-13 from the free throw line.
“Lucy statistically led the offense and made a couple of plays in the fourth to give us a spark,” explained Pleninger. “Heaylyn played well defensively with her matchup and Faith and Lucy made plays during our press.
“Rebounding and turnovers were definitely the difference,’ continued the second year LaVille coach. “Allison Medors, Lucy, and Faith all did well on the offensive glass and led to back to back offensive rebounds on missed free throws which gave us some momentum in the fourth.  We also cut our turnovers from 12 in the first half to five in the second half.”
The Lancers hit 5-for-9 from the line to claim their first win of the season, while using balanced scoring to get the ‘W’.
Sherk completed her first double-double of the season by hauling in 10 rebounds.  Kwiatkowski also added 10 rebounds to go with three assists.  Medors added seven rebounds as LaVille corralled 16 offensive boards.
“You could tell it was our first game,” concluded Pleninger. ” We have a lot to do on both sides of the ball.  But we are moving in the right direction.”
LaVille, 1-0, will travel to Class 2A #11 South Central (Union Mills) for a varsity-only game Saturday, November 7.  Tip is scheduled for 1:30 p.m.
* * * * * *