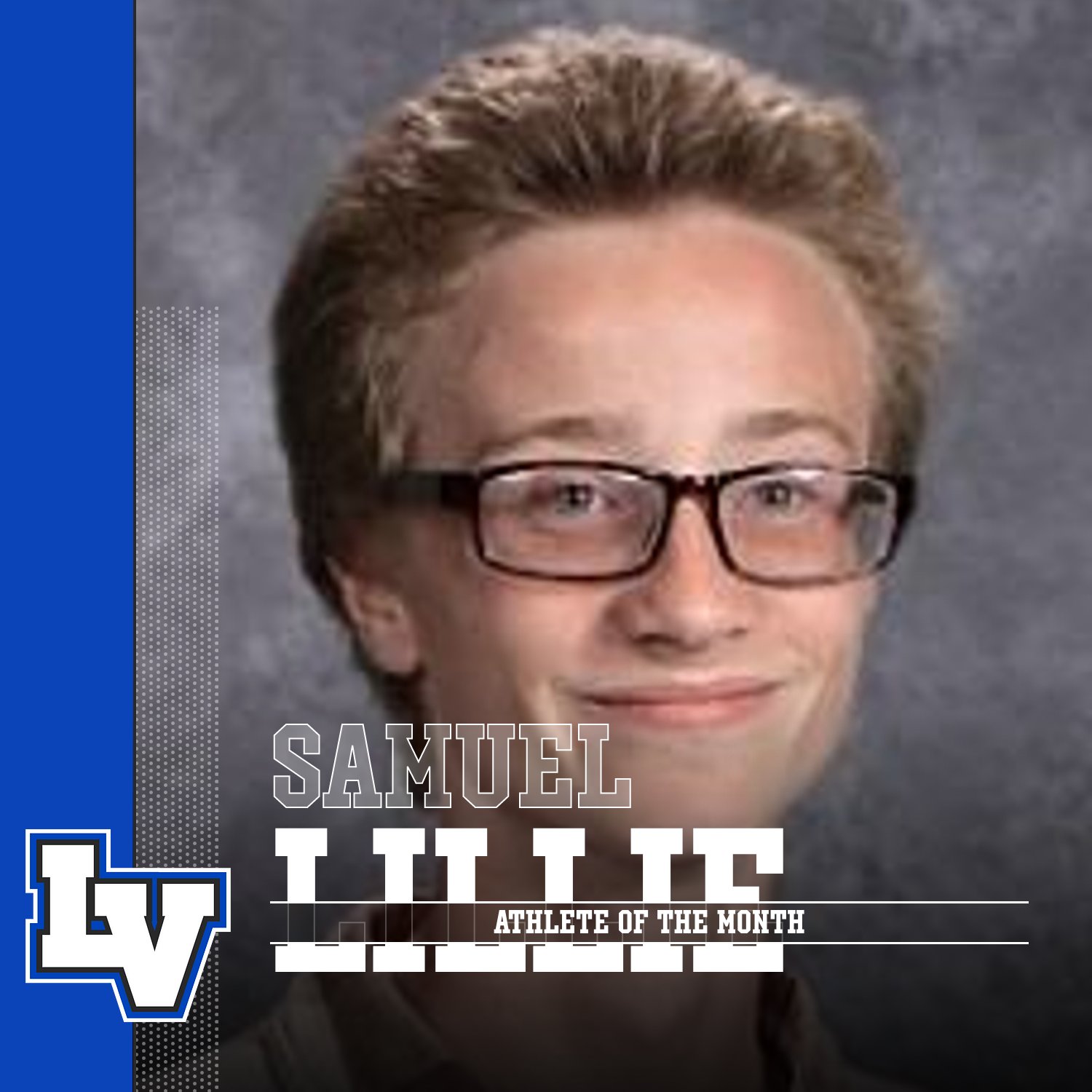 LAKEVILLE, IN. – LaVille High School sophomore Sam Lillie has been selected the Lapaz Lions Club/LaVille Athletic Department athlete of the month.
Lillie, a member of the cross country team, was nominated by LaVille Cross Country Coach Erin Ecker.  Leyton Czarnecki, a senior on the LaVille Football team, was also nominated by LaVille Football Coach Will Hostrawser.
Lillie was selected via an open voting process on www.lavilleathletics.com following nominations by fall coaches.  Lillie received 55% of the vote, while Czarnecki earned 45% of the vote.
“Sam has consistently placed at the front of the pack all season, in the past weeks he has shaved 2 minutes off of his already impressive time going from 20:50s down to 18:50s,” said Ecker.  “. . .  Sam came in 11th place at the HNAC meet to earn All-Hoosier North Athletic Conference Honorable Mention. Sam has an impeccable work ethic, you can usually find him putting in extra miles at practice. He is always upbeat and positive.”
When asked how he feels about being nominated for athlete of the month by his coach, Lillie responded: “I think being nominated for athlete of the month for something that I do well is validation. All the hard work I put in at practice and races has showed through.” 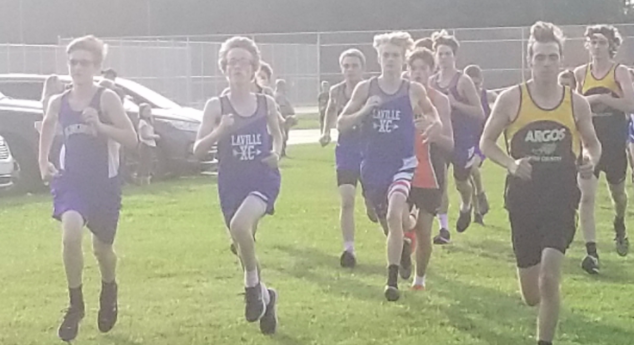 Lillie was a regular as the Lancer Cross Country teams top runner throughout the season.
“I placed first for our team in every race we’ve ran. As an individual I’ve improved a lot this year, and as a whole team I think we’ve become much better,” explained Lillie.  “We don’t win a lot of meets because of how small our team is, but I’m happy whenever I can beat my previous time.”
According to Lillie he has run a total of four years total. “I started running as a sixth grader, I ran in seventh grade as well, skipped eight grade, and since then have run in ninth and tenth grade. I plan to run for the rest of high school.”
Lillie also praised Coach Ecker for her efforts in not only his improvement, but the improvement of the entire team.
“Erin is a great cross country coach and that’s reflected on everyone’s improvement this year,” said Lillie.  “It takes a lot for people to run a fast race and do it well, and Erin never stopped pushing us.”
Lillie explains himself as “super competitive” and wants to succeed while putting in the mileage and effort.
“I mostly do sports as a way to keep in shape and for fun,” explained Lillie.  “I’m super competitive and that drive has allowed me to excel in running, but it’s not something I see myself doing after high school other than for exercise.”
When asked about his race and overall finish at the 2020 Hoosier North Athletic Conference Cross Country Championships, Lillie responded, “We run our conference course twice, once in preparation. The first time we ran it this year I blew my old time out of the water and got close to breaking nineteen minutes. The second time we ran it I had a cold, but I managed to beat my time again, and get under nineteen minutes, which felt amazing. I think the course is relatively quick, since it’s pretty much flat the whole way through, but the pressure of it being conference and all the teams there definitely makes you run faster.
“I did much better at conference this year than I did last year, and this is the first time I’ve placed at conference, so it was pretty exciting,” concluded Lillie.  “Hopefully next year I’ll break into the top ten.”