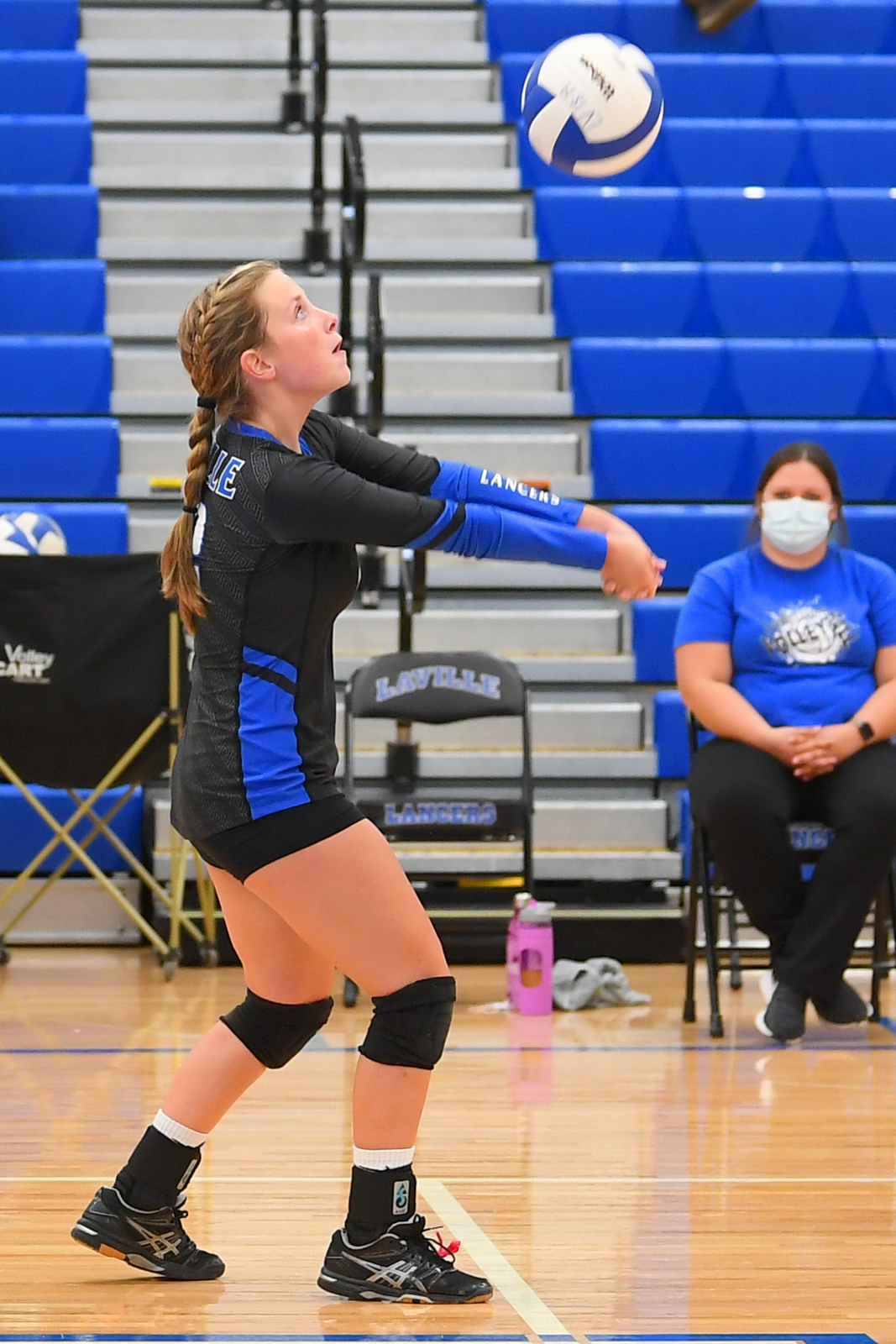 BREMEN, IN. – When you talk to LaVille Volleyball coach Pat Whiteman-Gring, she understands that execution, among other things, are important factors in her Lancer squad defeating Rochester and a chance to play for a sectional championship Saturday.

LaVille (14-12) and Rochester (14-7) both drew a first-round bye during the IHSAA blind draw and will meet in the 11 a.m. semifinal opener Saturday, October 17, at Bremen High School.

The second Class 2A Sectional 35 semifinal features Westville (2-16) against the host Lions (6-21) at approximately 1 p.m. Bremen defeated South Central 3-2 on Thursday October 15 in a match that went the entire five sets and the scores of each set not separated by more than five points to advance to Saturday’s semifinals. 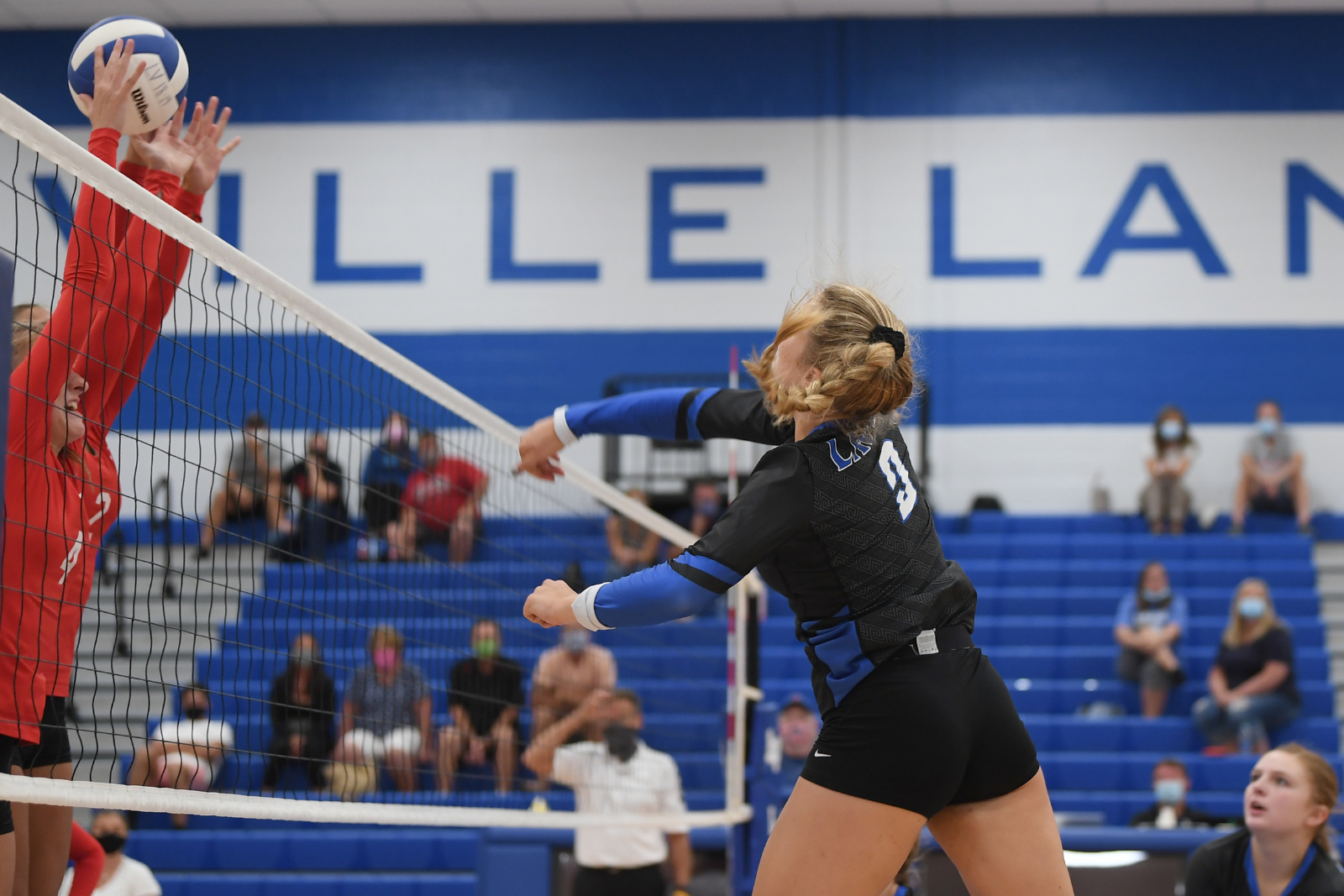 The Bremen Volleyball Sectional Championship is scheduled for 7 p.m. at Bremen High School.

“The key to our victory will be great communication, continuous movement and hits that end in kills,” said Whiteman-Gring of her team that has not played Rochester over the last four years.  “We need to play a tough mental game that draws on our deep desire to win!”

On paper, LaVille and Rochester are similar, with Rochester holding a slight advantage in overall kills, but the other statistical categories – blocks, Aces, Digs, and Assists – are close to even. 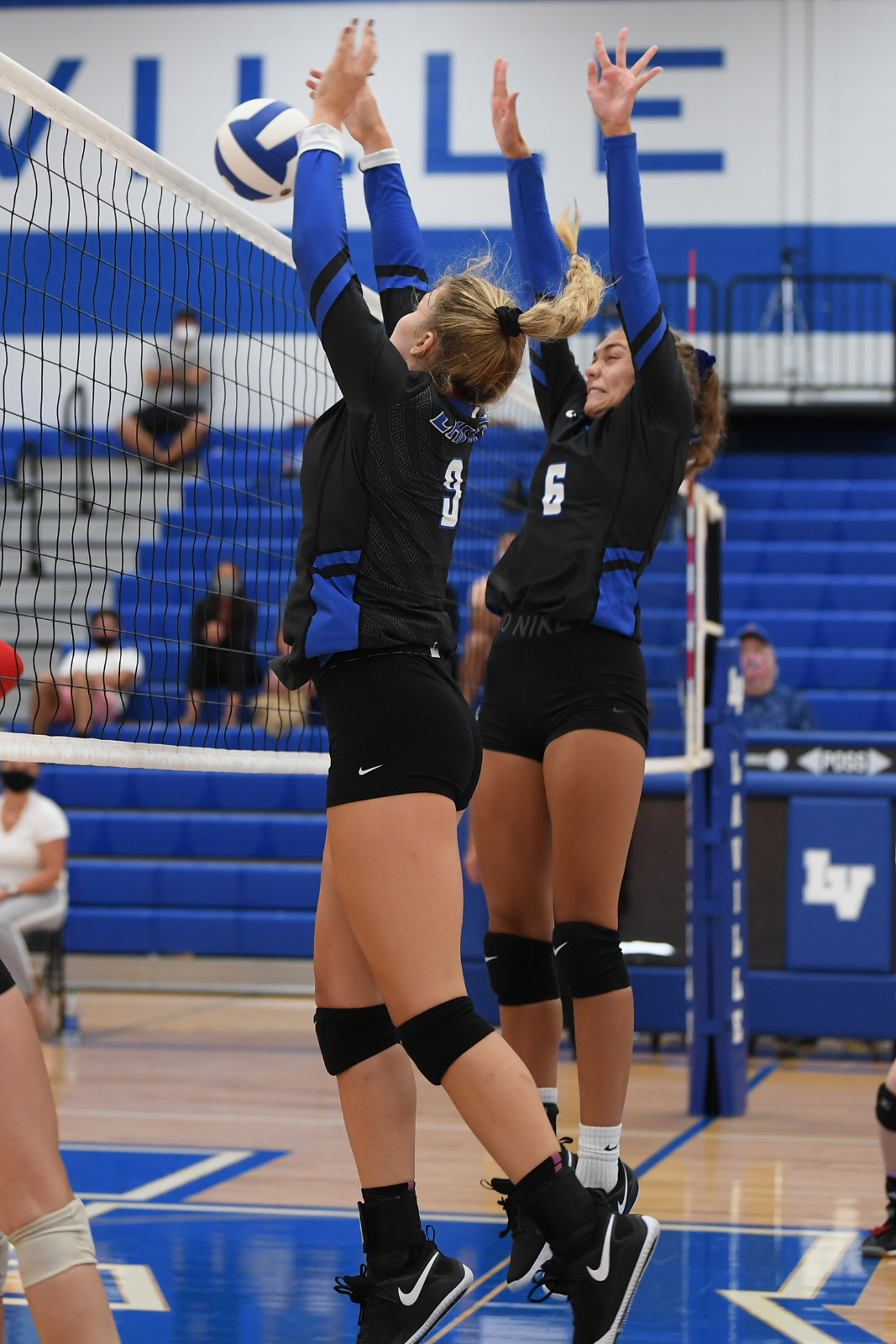 The Lancers finished the regular season at Bremen on October 7 with a narrow 3-1 loss to the Lions.  In the early stages of that match, LaVille’s Olivia Goze suffered an ankle injury that kept her out for the remainder of that match.  According to Coach Whiteman-Gring, Goze has done her best to be ready to join her Lancer teammates in Saturday’s state tournament.
“Olivia suffered a bad ankle sprain a few points in during our last regular season game against Bremen last week,” explained Whiteman-Gring.  “This is the same ankle that kept her out of the first half of our season last year. She has been doing everything possible . . . ice, elevation, wrapping and working with (LaVille Athletic Trainer) Gary (Hall) to be game ready and so far, so good. But, if for some reason O.G. can’t play, we have Lucy Sherk who is always ready to step into the middle position in addition to our other starting middle Madelyn Fuchs.”
Goze leads a versatile and deep net attack with 109 blocks.  Sherk and Fuchs, however, have proven to be capable at the net when Coach Whiteman-Gring calls upon them. 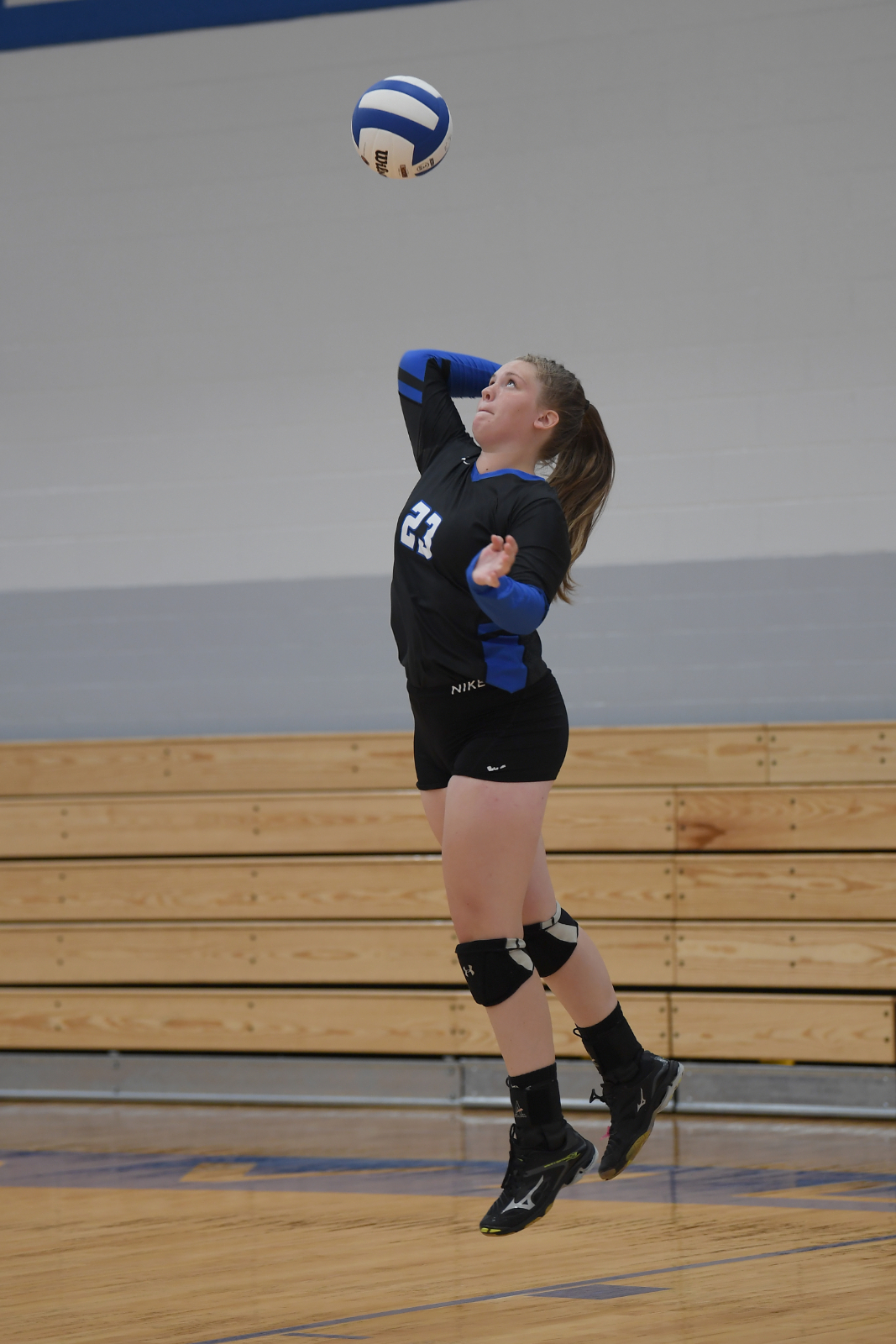 “Rochester is solid; in record, in play, in stats,” said Whiteman-Gring of her Zebra opponent.  “We’ve played teams like the Zebra’s this season and we’re ready to expand on those experiences. You’ll see teams of this caliber have great back court movement and we’ve been working all week to mirror that quality.”
Rebekah Beehler leads the LaVille net attack with 177 kills, but gets solid support from Allison Medors, Goze, and Fuchs.
Medors leads a scrappy, but solid group on defense with 175 digs.  Beehler, libero Olivia Leonhard, and Sydney Coblentz all have over 135 digs and have improved throughout the season in keeping balls alive and digging attacks by the opposition.
Medors leads the service game with 35 aces, while Coblentz, Jaidyn Medina, and Alaina Kertai add depth to the service game.   Coblentz leads the Lancer setting game with 221.  Alaina Kertai also steps in to provide depth for the LaVille offense.
On the Rochester side of the ball, Kaitlin Rogers leads the net attack with 248 kills, while 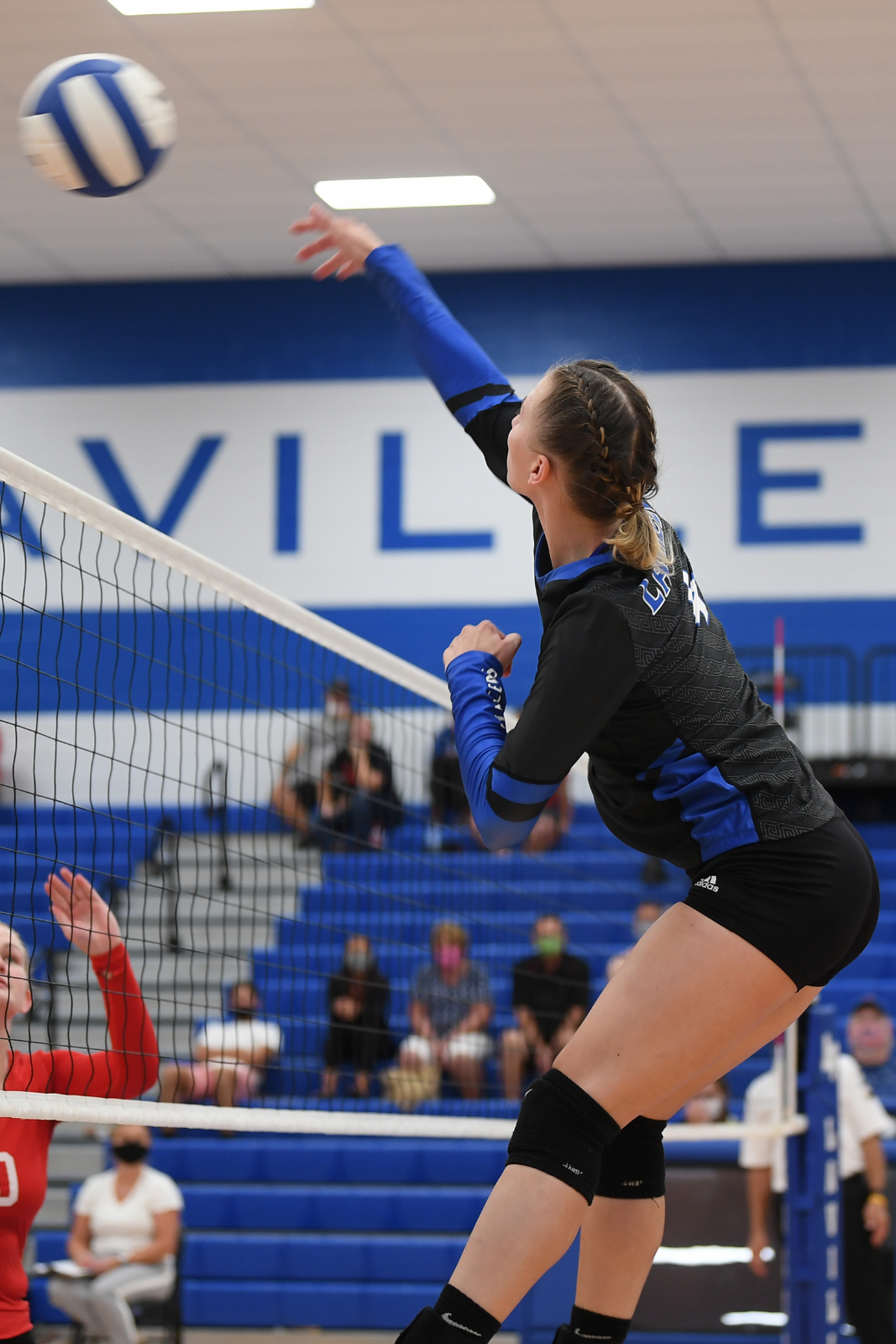 Hannah Houston helps out as the second leading hitter with 147 kills and leads the blocking effort with 46.  Houston is the top server along with Delanie Chipps.  Chipps and Chloe Harris lead the Zebra defense and Molly Conley sets up the Rochester offense with 515 assists for the season.
“I never doubt what these girls are capable of achieving,” concluded the LaVille coach.  “So I’m expecting to be playing for the sectional championship!”
IHSAA CLASS 2A SECTIONAL 35
Volleyball at Bremen HS
October 17
11 a.m. – Rochester v. LaVille
1 p.m. – Westville v. Bremen
7 p.m. – Sectional Championship
Oct
30