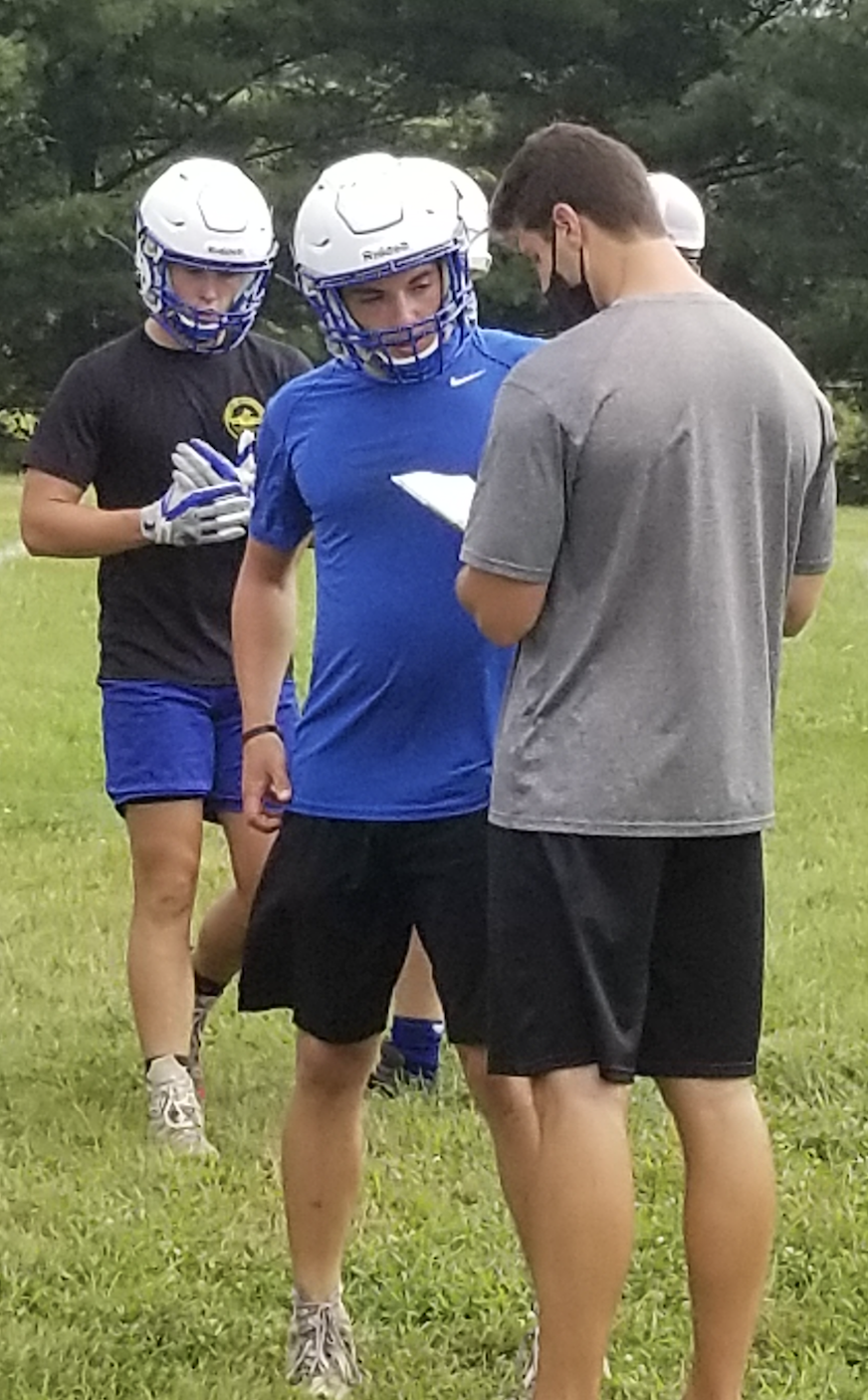 LAKEVILLE, IN. – Following the second day of non-contact football drills according to the Indiana High School Athletic Association, a trio of LaVille Football seniors are cranked up and ready for the 2020 season.

“It’s been great,” said senior Leyton Czarnecki.  “We are fired up and the team is coming together after a slow start for every team around here.  We’ve just been fine tuning little things on offense working out the kinks.  On defense, we are sharpening things up by the second.  We are looking good for the season.  We are looking forward to butting heads with the other teams around here.
Classmate Ayden Doyle shared Czarnecki’s sentiments.
“We’re feeling really good,” said the LaVille quarterback.  “The offense is looking really good.  The defense is a little rusty, but we’ll get there.  It’s just great to finally be out here in pads and do some team stuff. With a lot of focus on the offense and the new offense we are going to run this year.  Timing has been really good.  We just can’t wait to play games in the fall and hopefully that doesn’t get cancelled.  We are just so happy to be out here.  Illinois cancelled their sports and a lot of other schools have postponed their sports, so we are just lucky to be out here and just so thankful for every day that we have out here.”
Senior Nathan Watts is thankful for the opportunity to be back at school and on the gridiron again.
“Yeah it’s been great,” said Watts.  “Doing stuff other than working at home is so much better.  It feels great out here working with the guys.
“The coaches have been flexible with us,” continued Watts.  “We want it this season.  The offense is looking good. The defense is looking good. We are getting back on the horse.  We’ve added some things to the offense this year.  Some surprises. I hope it will work out.  It’s looking pretty smooth right now.  We haven’t really had too many problems.  We just have got to time things up. It’s all about timing. Your steps have to be right and you have to adjust to things on the fly.” 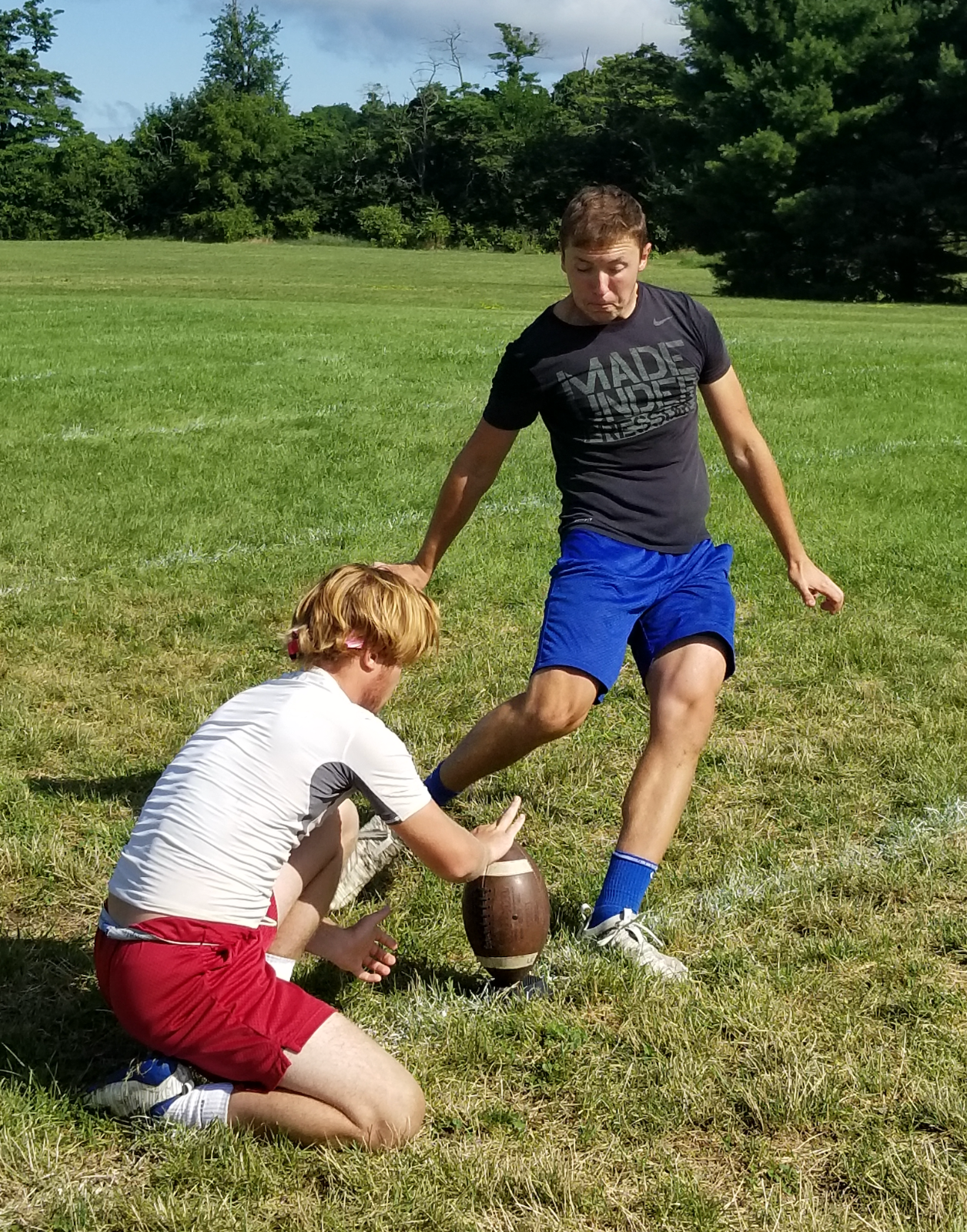 The Lancers graduated eight from a 9-3 season a year ago that found LaVille advancing to the IHSAA Class 2A Sectional championship game.
So far, the latest additions to Lancer Football are doing just fine.
“They are really stepping up,” said Czarnecki.  “It was kind of iffy on how we were going to fill spots but they have stepped in and filled those positions that were needed.  We are relying on them as this will be their first year on varsity and stepping up and being big.  We need everybody.”
Watts also feels the newcomers will be a key component to the success of the Lancers.
“That is going to be extremely important,” Watts said of the incomers.  “We are counting on these guys stepping in and filling those roles. We seniors have got to step up for those new guys with leadership.  We’ve got to figure out a way to lead them and pull through this year.”
The LaVille defense is also key, according to Watts: “Defense is going to look the same as it always has. We’ve always had a strong defense. Coach is always pushed us hard on that.  Think we will look really good on defense.”
The Lancer defense held the opposition to one score four times in 2019 and two shutouts.
LaVille continues to prepare for its August 21 season-opener against rival Bremen.  The two squads are separated by just 10 miles and are former members of the Northern State Conference.
The first full contact practice is scheduled for Thursday August 6.
Sep
22