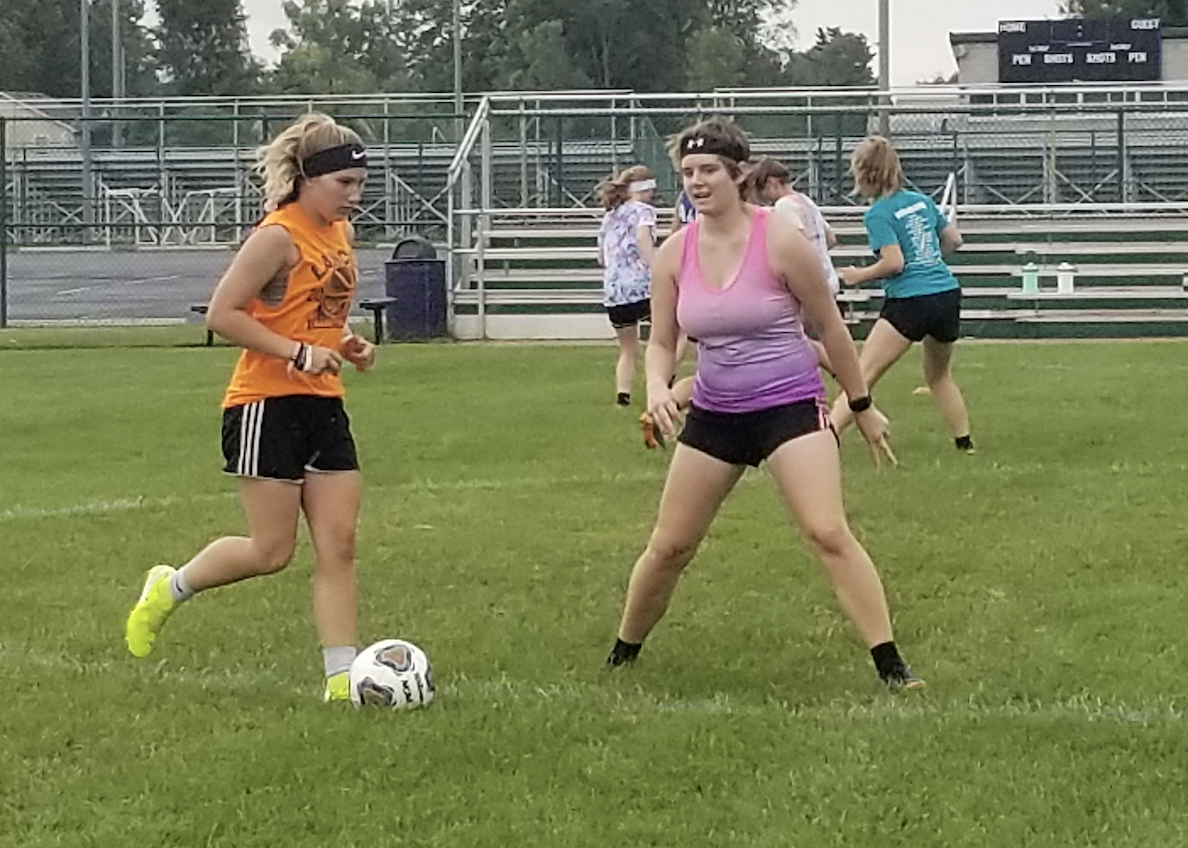 LAKEVILLE, IN. – The chance to “Return To Play” offered by the Indiana High School Athletic Association and school has really been a shot in the arm for a lot of student-athletes and coaches at LaVille Jr.-Sr. High School.

“Definitely been nice to be able to get back into the swing of something normal and have something to do instead of sitting around.” said Kassi Watts, a junior midfielder on the LaVille Girls Soccer team. “It’s definitely nice to be active again after being out for so long.

“We were definitely all excited about the chance to get back to practicing,” continued Watts. “This gives us a chance to play.  We want to have a good season.”

Junior Kylie Gorka is also excited about the chance to be back on the field again.

“Oh, it has definitely been nice to get back out here,” she said.  “I can’t sit at home without being bored.” 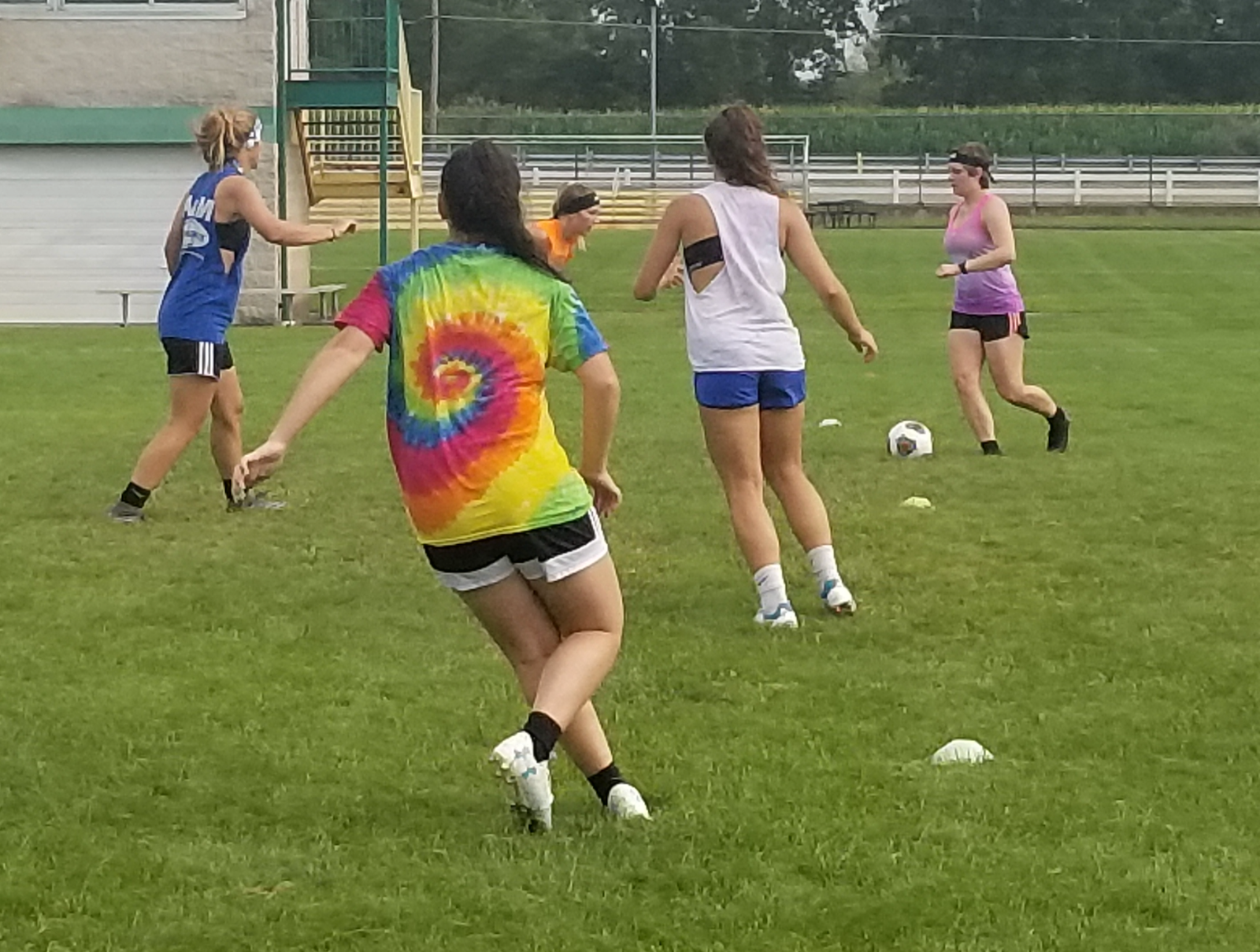 Gorka also feels her teammates were ready to come back.

“I feel like they all like being able to return too,” the midfielder and forward said. “Sitting at home is not good because we don’t want to be out of shape for too long.”

“They’ve definitely been doing a good job,” she said.  “The mask is helping because we don’t want to spread anything so we can have a season.”

Fourth-year LaVille Coach Daniel Pleninger is also excited for the chance to return to the field.

“We are excited for the opportunity to practice and play again,” said Pleninger.   “Not having sports for so long has helped me appreciate the opportunity we have even more.

“Practices have gone smoothly and we have been able to adjust to wearing masks,” continued Pleninger.  “Thankfully we can naturally distance ourselves during drills.  The kids have responded well, they understand that things are different this year and they appreciate seeing their friends at practice.”