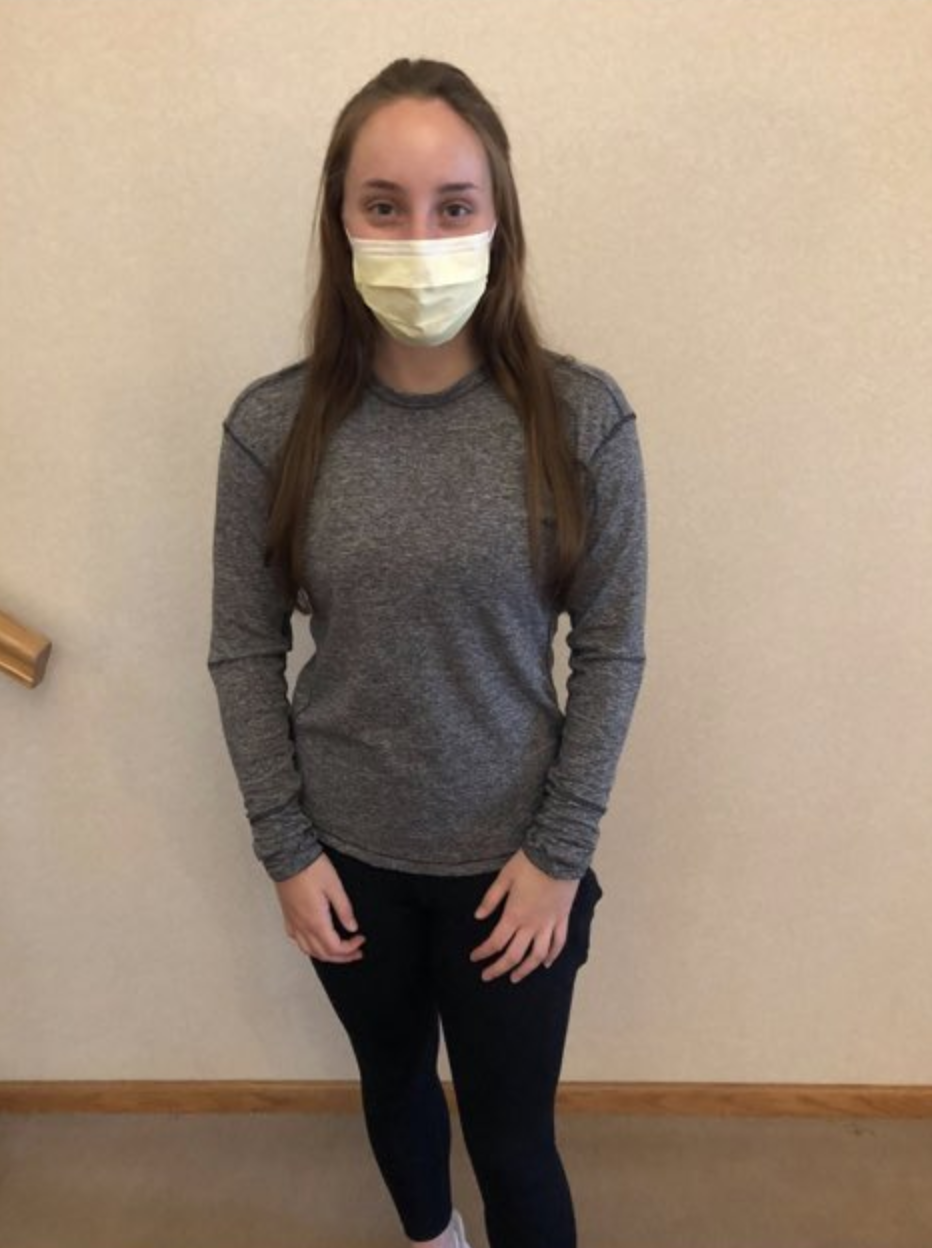 Platz is working at Millers Assisted Living Facility in Plymouth, IN.

Platz is currently working as a Patient Care Assistant (PCA) and plans to attend Indiana University at South Bend in the fall.

“I plan on going to IUSB to study Radiology and more specifically I would love to do ultrasounds,” said Platz.  “I wanted to at least be a PCA or CNA before I went off to college because I wanted some type of medical experience.  If that plan for some reason does not go as planned, I want to study Medical Coding and Billing.”

When asked about what it is like being on the front lines of the current pandemic, Platz said: “Being on the front line of the virus can be very stressful and somewhat peaceful at the same time. It is stressful because you have to watch who you are around so you don’t catch the virus or give the virus to someone else. It is also stressful because many people view this virus in many different ways and have different beliefs/opinions about it. It is stressful when people do not want to follow the rules (wearing face masks, staying 6 ft apart, ect) because they do not realize how serious and deadly this virus can be if it reaches a high risk person. Working the front lines can be peaceful sometimes because at work, we have less people to worry about and tend to that are coming in and out of the building.”

Platz said that she really enjoyed being on the soccer team at LaVille.

“I mainly played defense, but also could play midfield when needed,” Platz said.  “I enjoyed soccer very much. Our new coach my sophomore year really helped the girls soccer program become more like a team and play a much different way which is what the program really needed. My sophomore year with our new coach, we won sectionals and it was the most exciting feeling ever. My senior year, I was a captain and was awarded the Dan Zieger Award.”

According to Platz, her job right now is to mainly give medicine reminders to residents (making sure they are taking the right medicine from their pill tray at the right time) and assisting with other things they may not be fully capable of doing themselves.

Platz is very thankful to her coaches for teaching her, “how to become a team player and team leader. They also taught me new skills about every position and play.

“My favorite memory ever was winning sectionals with my team against rival Argos my sophomore year,” continued Platz.  “The game was played in sun, snow, rain, lightning, sleet, and thunder. It was postponed many times. That game was by far the best game I ever was a part of.   Sports taught a huge life lesson. It gave me many new friendships on and off the field.”

Platz closed by indicating that she is, “looking forward to making new friends and experiencing new things.” 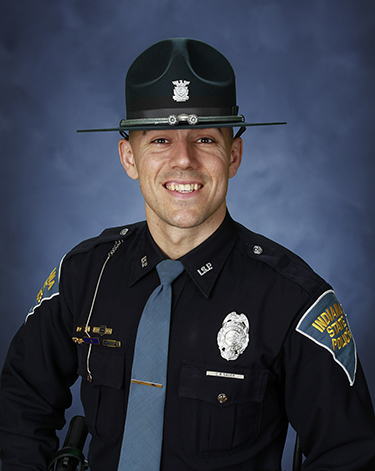 Sauer currently patrols Kosciusko County and says that COVID-19 has had an impact on the daily operation of the Indiana State Police (ISP).

“COVID has definitely changed how we operate on a daily basis,” said Sauer, a 2000 LaVille graduate.  “Our department has adapted and we’re fortunate to have great leadership in our Superintendent Doug Carter, and at the district level LT. Chad Larsh. We’re having to wear PPE all the time. Social distancing as much as possible. Trying to do interviews via telephone when we can instead of in person. Keeping up with new policies being put out by different county officials (prosecutor’s offices, jail policies, etc).

“We’re checking in on a lot of businesses that are open,”  continued Sauer.  “Doing more neighborhood patrols. Doing follow up on some cases. Providing assistance for other departments. And we are still maintaining a presence on Indiana roadways.”

Sauer was a student-athlete at LaVille.  He played on the varsity football team for four years, along with four years of baseball.  He also played varsity basketball his sophomore and junior year.

He says the dream of being a police officer started at a young age.

“I can remember when I was very young, probably 8 or 9, I would see city officer’s and county police cars all the time and it was never a big deal,” Sauer recalled.  “However, whenever I would see a Trooper car I would always stare in amazement. I always viewed Troopers as the elite of the elite. So I knew if I were ever to be in law enforcement, that was going to be the department I wanted to be a part of.”

According to Sauer he has been fortunate that he has not encountered anyone with COVID.  It has helped that Kosciusko County has had a minimal infection rate.

“As far as my safety to be honest I’m not overly concerned,” explained Sauer.  “I am 38, I eat right and work out quite often. My concern comes into play though for my family. I have young children and though it appears it doesn’t hit kids as hard it’s still concerning. I have a son who’s had some health problems and I’m not sure how his body would react to COVID. I also have both sets of grandparents still and all of them have some sort of underlying condition. My parents are both in good health but in their 60’s.”

When asked how he thinks Indiana Governor Eric Holcomb has done regarding the pandemic, Sauer said: “I think governor Holcomb has done an OUTSTANDING job during the COVID pandemic. It is clear that he understands the economic impact from a state shutting down can be as, if not more devastating to the citizens of Indiana, than COVID. The plan he laid out to re-open Indiana was better than any plan I’ve seen from any other state. Indiana, Florida, and maybe even Georgia should be the models for the rest of the states in this country refusing to open that should be opening.  People should utilize guidelines set by the CDC and the Indiana department of Health.”

Sauer shared his appreciation for the many folks on the front lines.

“I would like to thank all of the men and women in law enforcement!” concluded Sauer.  “With the current pandemic and other nonsense going on around the country it takes a certain level of bravery just to put the uniform on. I would also like to thank all the teachers, nurses, and doctors out there! Nurses especially I believe prior to the pandemic were very underappreciated, that should never be the case again. I would like to also thank President Trump. Even while dealing with all of these RIDICULOUS roadblocks that are being thrown in front of him, during this unprecedented time he has shown outstanding leadership. Also his support for law enforcement has not gone unappreciated!”