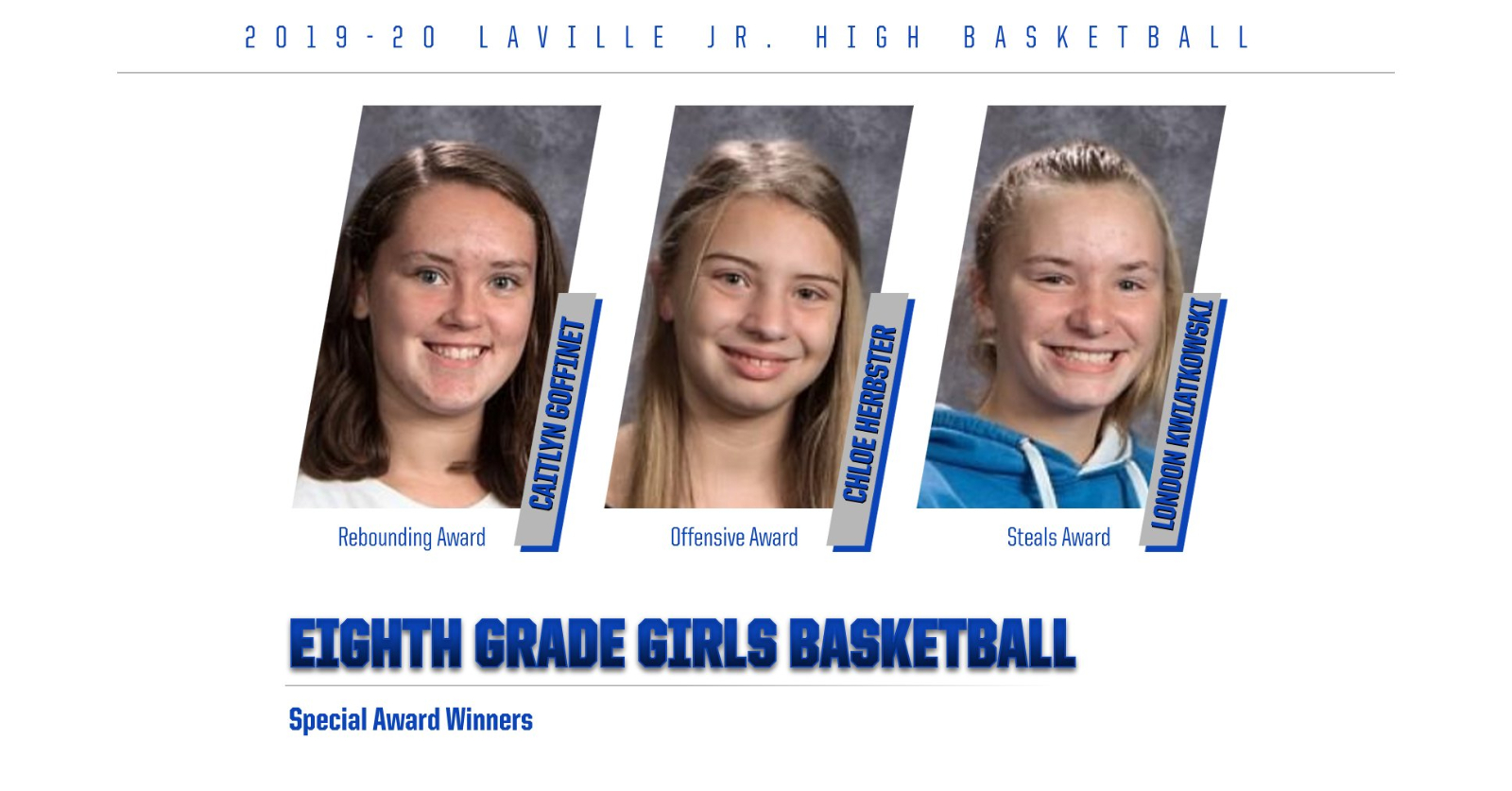 LAKEVILLE, IN. – The eighth grade girls basketball team finished the 2019-2020 season with a 9-7 overall record and 4-3 in the Hoosier North Athletic Conference.  The junior lady hoopsters also advanced to the 2020 HNAC Tournament Championship.  The Lancers defeated Winamac 22-11 in the first round of the HNAC Tournament, defeated Culver Community 15-10 in the semifinals before battling Caston to a 28-21  HNAC Tournament loss in the championship.

According to coaches Dawn Amor and Hannah Amor, the following eighth graders will pick up special awards once school will resume.