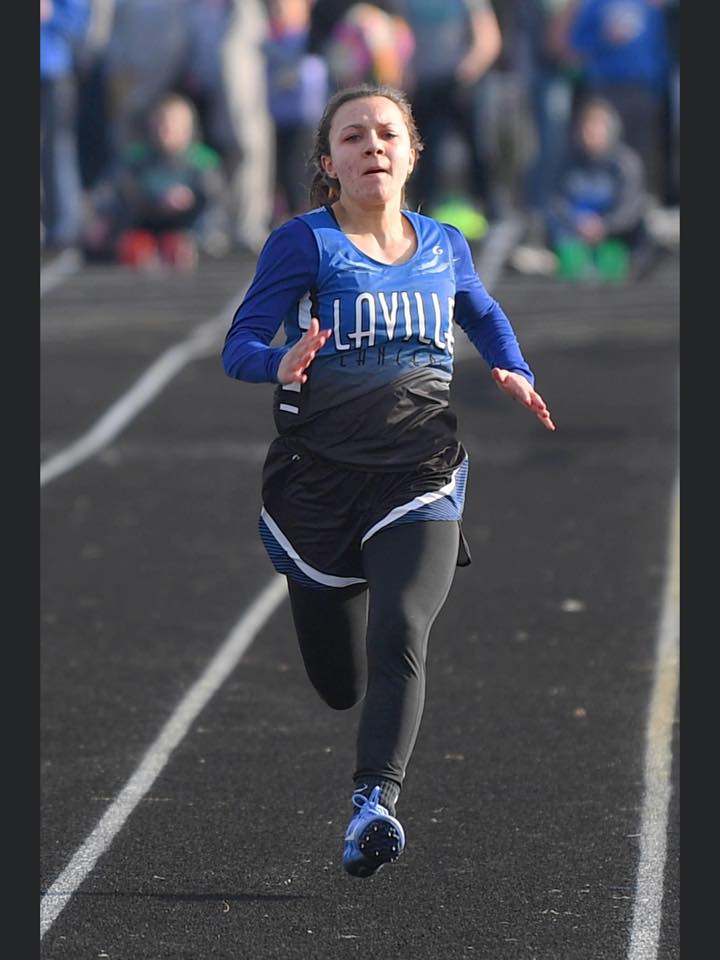 SOUTH BEND, IN. – LaVille senior Natalie Gonzalez has signed to continue her academic and athletic career at Bethel University.  Gonzalez plans to play volleyball and run track for the Pilots.

To watch the official signing of Natalie Gonzalez, please click on the link below:

“It’s a shame we didn’t have this season because some of those records were due to come down and she was going to play a key roll. Natalie is a fierce competitor, super coachable, and the ultimate teammate. She always works hard and she does what ever she can to help the team. She leads by example with and has an impeccable work ethic, she’s one of those kids you wish you could clone. She is leaving some very big shoes to be filled.

“I cannot wait for her to begin this next adventrue, she has always been half a step behind Kalista Lemberis who has individually advanced to regionals the last two years. She’s always been in Kali’s shaddow as far as statistics go, and sometimes by only a tenth of a second. It is now her time to shine, she has a very promising collegiate career. I’m so excited to watch her to continue to develop.”

— I have played volleyball, basketball, and ran track the past four years.

— I have two letters in volleyball and basketball and four in track.

— I am in Champions Together, Mentoring, Art Club, and Fellowship of Christian Students.

— During my senior year of volleyball I received Most Valuable and earned All-Hoosier North Athletic Conference first-team for having most digs. I was also invited and played at the Indiana Elite North vs. South volleyball college showcase. In my junior year of basketball I selected defensive specialist. My freshman year of track I received the most improved award. I have four medals in track and was looking forward to getting more this season. Last track season we were the Dennis Rippy Champions and also Indiana High School Athletic Association regional qualifiers.

— My greatest high school memory was during the pep rally my sophomore year when my class won the Spirit Stick!! For once it was not the seniors ha-ha.

— The greatest lesson in sports I have learned is to never give up and always push yourself and believe you can do it no matter what anyone else thinks or tells you. I have also learned to show good sportsmanship always and trust in your teammates because they will always have your back.

— My advice I would give a LaVille Student-Athlete would be to cherish the moments you have playing the sports you love with the teammates and coaches you love because you never know when it will be your last. Also to have fun, work hard, always give 110%, and enjoy your time while it lasts.

Why Did You Choose Bethel?

— I chose to go to Bethel University because it was somewhere close to home and I really enjoyed it there and I was given a chance to play my favorite sports, volleyball and run track.

What Do You Plan To Study At Bethel University?

— I will be studying Sports Management as my major and my minor is not yet decided.

— “I have had a great four years at LaVille and will always remember all of the great memories and friendships I’ve made along the way that will last a lifetime. I’m ready to start the next chapter in my life and see where it takes me. Let’s go Pilots! ”