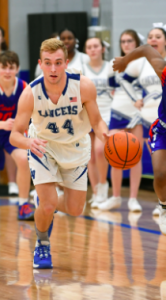 Today, we continue our look back at the 2019-2020 LaVille Basketball season with Jimmy Fischer. 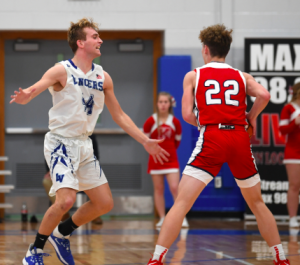 First talk about the 2019-2020 LaVille Basketball team and the accomplishments for the Lancers considering LHS graduated several key players and more than 75% of the team scoring.

“Coming into the season after graduating 4 key starters, a lot of people, including many players did not think we would perform well at all. Personally I felt like we could really improve over the course of the year and have a great chance at winning a sectional. For our team to tie for the conference win almost 20 games and a sectional championship is just a testament to the phenomenal coaching we have within our basketball program as well as the competitive fire our team had, we really pushed each other every day at practice. I think we really shocked a lot of people this year.” 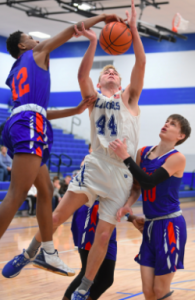 Talk about the Saturday night sectional championship victory over South Central (Union Mills) and how you felt to help lead the Lancers to the first sectional since 2015?

“Our preparation was different for Bowman than any other team all year. We practiced breaking their press for at least 20 minutes a day.” 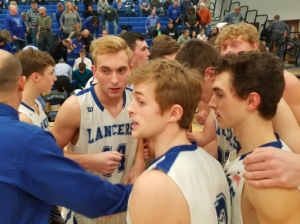 “When we heard we would play in front of limited fans we thought this would ultimately help us. We felt that without fans to cheer on their dunks and highlight plays we could maintain solid momentum even during their inevitable runs.” 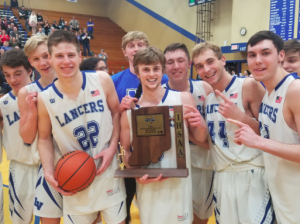 Talk about what it was like to hear that the IHSAA ultimately cancelled the IHSAA Boys State Basketball Tournament.  To know that the season would not be finished and the way your senior season and sectional title season came to a screeching halt?

“For me personally, the tournament getting canceled was a real disappointment. Some say it might be a good thing because we technically did not lose in the playoffs. That is technically true, however, even if we did end up losing, coaches end of the season speech and our team’s final goodbyes is something I have always remembered from past years, it was something which would bring me great sadness, but it was a sadness that every other senior class could experience. Our senior class doesn’t really get that final moment; we didn’t get that last goodbye from the game. On the bright side, our final moment on the court together was holding up a sectional trophy, and that is something I will forever be grateful for.” 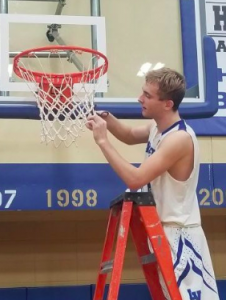 Talk about your time playing LaVille Basketball.  What was it like to play for Coach Edison and represent Lancer Nation?

“Playing LaVille basketball has been one of the greatest opportunities afforded to me in high school. It was a great pleasure of mine to have been able to play under Coach Edison and his father, probably the two best coaches I have ever had. Not only did I learn a great many things about the game of basketball and life, but they also gifted me with years worth of memories.”

Any other comments you want to make about the tournament, the sickness that caused the cancellation, playing LaVille Basketball and earning a sectional title, and/or playing for Coach Edison?

“Coach Edison is a role model for me and someone I look up to a lot. Not only has he taught me so much and provided me with some very funny memories and quotes from games we weren’t doing well in, most importantly he taught me that no matter how many years of experience he has, no matter how much knowledge he has of the game, and no matter how long his wingspan is he still could never get close to stealing the ball from me.”