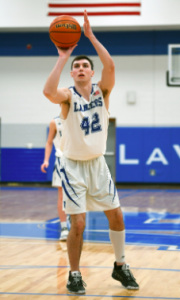 Talk about LaVille Basketball and the sudden conclusion to the season:

“Well, it was disappointing because we still were in the state tournament and were excited to keep playing. Usually winning in the postseason means you are rewarded with another game but with everything going on we didn’t.” 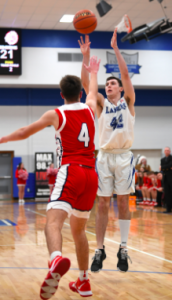 Talk about the 2019-2020 LaVille Basketball team and the accomplishments for the Lancers considering LHS graduated several key players and more than 75% of the team scoring:

“Our first scrimmage this year, things didn’t really go as expected and I think the whole team realized things would be different from last year. Since we did not have the scoring from last year we had to focus on different things such as rebounding and taking care of the play more on the offensive side and good half-court defense on the other side.”

Talk about the Saturday night sectional championship victory over South Central (Union Mills) and how you felt to help lead the Lancers to the first sectional since 2015.

“The last quarter of that game was the most nerve-racking quarter because everyone really wanted to win. I felt that everyone played great and I wouldn’t want to win with any other team.” 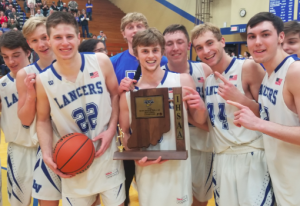 “Well, that week we knew Bowman Academy was not like any team we are used to playing. They don’t just have one tall or athletic guy they have a whole team. That week we just focused on things we could do better against them that would give us the best chance to win.”

“Honestly, we knew our fans would be upset that they couldn’t come but we also felt that it would give us an advantage against them. Their energy comes from the fans and without that maybe they wouldn’t be the same.” 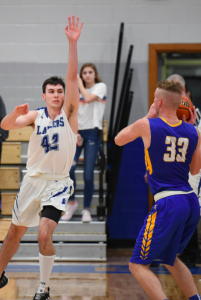 Talk about what it was like to hear that the IHSAA ultimately cancelled the IHSAA Boys State Basketball Tournament.  To know that the season would not be finished and the way your senior season and sectional title season came to a screeching halt.

“When they delayed the tournament I honestly knew that it meant it was going to be canceled because it would have been difficult to continue after weeks of not playing. It is very unfortunate and sad because I played my last game at LaVille and didn’t even know it.”

Talk about your time playing LaVille Basketball.  What was it like to play for Coach Edison and represent Lancer Nation?

“I’m am glad that I decided to try out for the team my sophomore year because I have learned and experienced so much playing basketball for Coach Edison. Coach gave me an opportunity to play and I’m very grateful. He also taught me to love a challenge because every day at practice was a challenge.”

Do you have any final comments about the tournament, the virus that caused the cancellation, playing LaVille Basketball, earning a sectional title, or playing for Coach Edison?

“Thank you to everyone who supported LaVille Basketball this year and thank you, Mr. Shearer, for always covering our games.”

Ultimately, it was a season that ended far too soon.