LAKEVILLE, IN. – LaVille spring athletic team members from the Class of 2020 share “Their Perspective” about the initial postponement of the 2020 spring high school athletic season, what they were thinking when the spring season was cancelled, what they were looking forward to going into their respective spring season, and finally, their emotions over the last month or so and where they are now that they have had a chance to digest the news. 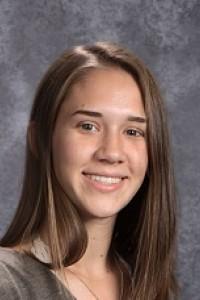 “When I first heard that the 2020 spring sports were being postponed, I was pretty bummed out. I had been looking forward to my last senior season, and having it cut short was tough. The whole girls tennis team had been practicing at open gyms and were really excited for the season just like I was, but were still determined to have a good one after we got back in school. When the season was cancelled completely, I just thought it was odd. It had been in the back of my mind that it might happen, but I was really surprised when it did. I think that every other senior in a spring sport feels like I do when I say that it feels like I was robbed of something so important to everyone in high school. I had really been looking forward to being a role model to those that were incoming freshmen and was excited to just be with the team and make memories.

“Now that it has been cancelled, the whole tennis team has been really encouraged to still be going out to the courts and practicing individually with hopes that there will be a summer season. Even if it isn’t much, it will still mean a lot to everyone on the team to be able to be together and have a couple practices and matches.

“Over the last month, I have been staying positive and have been thinking about how a summer season will be so much fun. I can’t wait for the self quarantining to be over so I can get out to the courts and see my tennis girls!” 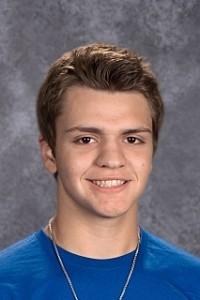 “It was honestly heartbreaking when I heard the news about not having my last year of baseball, but I wasn’t heartbroken because I won’t be able to play my last season. Luckily I was blessed with the opportunity to play in college. My heart was broken for my fellow teammates that won’t get the opportunity to play their last season. I wasn’t just sad for my teammates but my friends who play softball and run track as well. I knew they all worked hard the past years preparing for this time and now some of them won’t get to play the sport they love.

“I was looking forward for my senior year because I never got the chance to walk out on the field with both my parents who helped me become the player I am and most importantly the man I have become. They raised me to be a strong Christian and to love everyone around me even though it is difficult sometimes. I was also looking forward for the chance to try and win another sectional championship and hopefully continue on after that. Last year I ended the season with a strikeout and I was hoping to not let that be my last memory of high school baseball to be a happier thought.

“The last month I have been struggling thinking about the fact that I won’t get one last rodeo with the boys, but I knew that God has plans for me and my teammates. I firmly believe that God gave me all this time off to work harder at baseball than I have ever before, and prepare myself for years to come.” 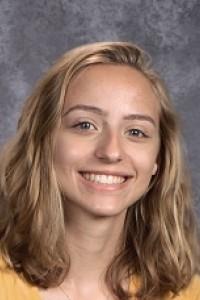 “When I had first heard that Track Season was postponed I immediately hoped people were kidding. I did not want my final year running to be cancelled. Once I figured out it was true I was very sad. However, I still had hope that there would be a season.  I was very, very sad that it was cancelled; I love my teammates so much and I knew we could’ve done great things this year. I miss the opportunities that we never had.

“My goals this year were to advance to the state meet, since I was so close last year, and to break some relay records. I also looked forward to going to the track meets and just watching the other events. I love the atmosphere of track meets and the butterflies that you get right before your race. 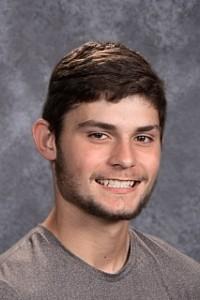 “When I heard that the spring sports were canceled I was pretty aggravated because all the practice we put in was almost for nothing because if we came back we would’ve had to almost restart from square one.  When the sports were actually canceled that was a surprise because you expect to go back and get back on track for the season but then just like that it’s over.

“I was excited to see how good I could do in my events and to see how much better I could do than last year and I know Coach Beehler would’ve helped me get there but unfortunately the season was cut short.

“The past month was a lot of uncertainty because it went from being suspended then to not being sure whether we will go back and then in an instant everything’s canceled. Now though I’ve accepted the fact that my season is over and now I got to focus on finishing school.” 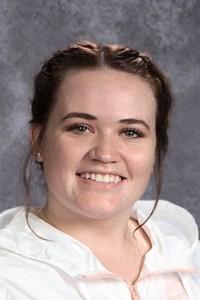 “I would say my most memorable moment from softball would be the game against ECA my junior year. I hit a homerun and then right after me Ally Thomas hits one and then with all the excitement I slip on my way out the dugout and hurt my back. I got back up and with in the same inning I hit a grand slam.

“I think I will miss the people the most. I have had some amazing coaches that have taught me so much. I had fantastic teachers who I feel have really prepared me for college. The staff at both LaVille High school and Elementary school is wonderful. I was lucky enough to spend half my day teaching kids at the Elementary and getting to know the teachers and how they teach really encouraged me to become a teacher. I will miss the school counselor, Mrs. Mosson has helped me through many things over the years and calmed me down when I was stressed about school and college issues.”

Thanks to these seniors for sharing “Their Perspective”