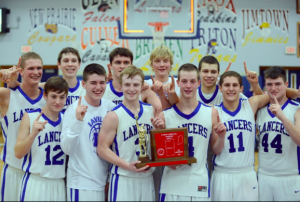 LAKEVILLE, IN. – We take a look back at the TCU Bi-County Basketball Tournament Championship, as John Glenn and LaVille tangled for the 2015 championship.

With tournament originators Roland Young and Dale Cox in attendance, tournament organizers paused to acknowledge Cox and Young for their foresight in creating what is one of the most prestigious basketball tournaments in the Hoosier state. 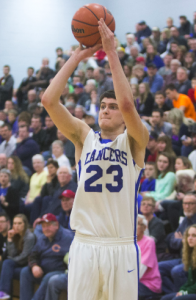 The Lancers would be led by The Pilot News Most Valuable Player Blake Berger, who scored a game-high 25 points while playing in all 32 minutes. 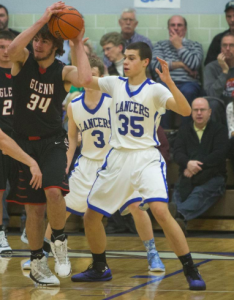 Kyle Kopetski finished his senior year as the second-leading scorer and finished with 530 career points as a Lancer.

Adam Steinke finished his sophomore year as the third-leading scorer with 303 points. Steinke, too, would go on to become a member of the prestigious 1,000-point club, finishing his career with 1,117 points.

Jason Breden would go on to be the second-leading scorer during his senior season of 2015-16 and score 455 career points.

Isaac Eash was a solid ball-handler and 3-point threat for the Lancers outside game. Eash concluded his basketball career with 447 points. 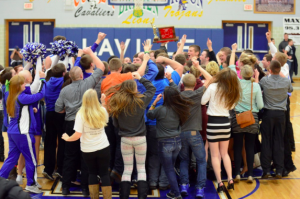 Mitchell Henry completed his senior season as a role player for the Lancers. Henry finished his career with four Lancer points.

J.C. Oudes completed his junior season as a role player for the Lancers. Oudes scored 12 career points for LaVille.

Josiah Rock logged key reserve minutes as a post player and finished his career with 22 points for LaVille.

Isaac Ross was a 3-point threat from the moment he set foot on the floor for the Lancers. Ross, who struggled with back problems and missed his junior season, fought back to score 230 career points for LaVille.

Jacob Williams logged minutes as a guard for LaVille and finished his career with 125 points for the Lancers. 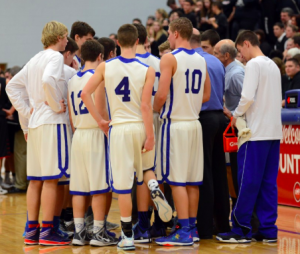 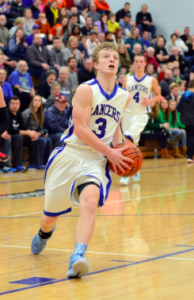 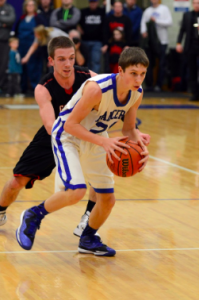 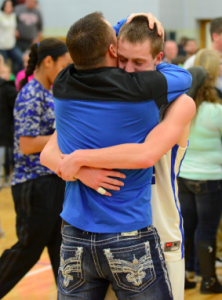 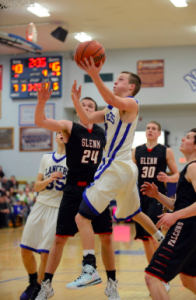