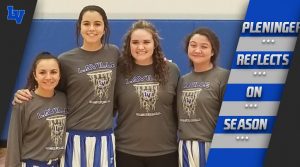 LAKEVILLE, IN. – Improvement and hard work were mainstays as LaVille Lady Hoops played the 2019-2020 season.

“Our record does not tell the true story for our season went and for how successful we actually were this season,” explained Pleninger of the 2019-20 campaign.  “The girls showed a lot of improvement throughout the season, worked hard every practice, maintained a positive attitude, and did not give up on a tough season.

‘Learning a new system is difficult and they take more than one year to perfect,” continued the first year coach.  “There are habits that you need your players to make second nature for the system to work and it takes a couple of years for that to happen. We really only got to scratch the surface with the read and react system this year. I felt that our play inside the three point line improved throughout the year and was a real strength for our team. I thought that did a good job rebounding most games and we were able to improve on breaking full court pressure.”

There were several key moments during the 2019-20 season, according to Coach Pleninger.

“The memorable moments for me were the games where we were able to play with a single mindset,” said Pleninger. “Jimtown, Culver, Oregon-Davis part two, and Westview, because we were able to get a glimpse of how good this team can really be.”

According to Pleninger, while he enjoyed watching daily improvement, he mentioned a couple of players as either a pleasant surprise or most improved.

“Madelyn Fuchs was a player who surprised me this year,” said Pleninger.  “she became one of our best defensively and was often times assigned the best player on the other team. MaKenna Tribbey was someone who really improved this year, even with soccer she always work hard and tries to enjoy what she is doing and that attitude is paying off for her in everything she is a part of. She started the season on JV but made adjustments throughout the year to improve her shooting and defensive positioning. She really worked hard to do the little things and earned her spot during the second half of the season.”

When asked about areas of improvement for next season, Pleninger said:  “There are a lot of things that we need to work on for next season and I am really excited to get started again. I hope that we continue to speed up our tempo offensively and defensively. This last year we really learned how to get open and next year we need to improve our shooting so that we can score now that we are open.” 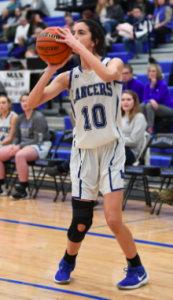 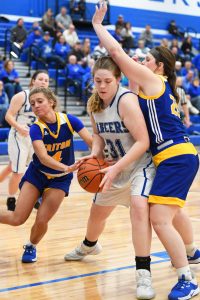 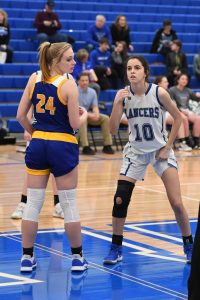 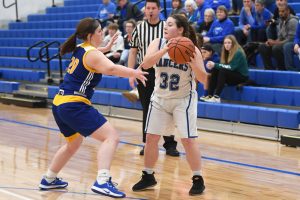 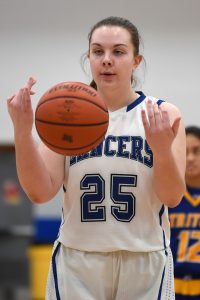 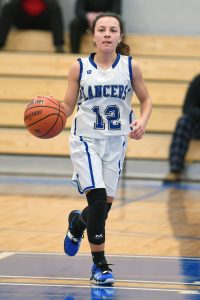