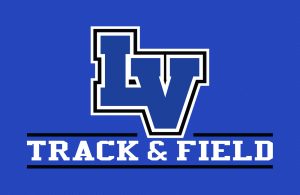 LAKEVILLE, IN. – The LaVille Boys track and field team experienced success as a team and individually a year ago.  Head coach Kathe Beehler was also pleased with consistent improvement with each day.

“The 2019 Boys Track season was a successful one,” said Beehler.  “It was great to have a home track to practice on and have meets again.”

The 2020 season is upon us and Beehler and the Lancers know it will take some time to fill in the gaps from a solid group of scorers that graduated.

“It’s going to be a bit of an ongoing process figuring out who is going to compete where,” said Beehler.  “We lost some big scorers in our senior class last year. ”

With northern Indiana weather, the chances to get outside are taken advantage of as much as possible.  With that said, in order to get a jump start on the outdoor season, LaVille has added three indoor meets to the front end of the 2020 season.

“We’ve been running in the hallways of the school so anytime we can get on track and compete that’s good,” explained Beehler.  “Doing some indoor meets are a way to give those kids who have been training for a while a chance to compete and start to see the newcomers and what spots they might fill. Indoor just has a little different feel to it.

“This first meet at U Indy (March 7) is all individual events,” continued Beehler.  “Next week at the Bulldog Invite in Fort Wayne (March 14) we will have multiple relays and field events, and then the following weekend just field events (at the Forester Field Event Festival). Indoor tracks are 200 meters long.”

According to coach Beehler, she anticipates the following to step up in the various events:

When asked about potential newcomers, Beehler indicated Logan Plummer and Evan Bettcher among others looking to provide depth and fill spots.

LaVille is scheduled to open the outdoor portion of the regular season on March 24 against Bremen at Lancer Field.  Start time is 5 p.m.  The Lancers will also host Lancer Relays ono April 24, and the 2020 Hoosier North Athletic Conference Boys Championships on May 14.  Field events for the HNAC Championships are set to start at 5:30 p.m., with running events to follow.
Lancers Official Sponsor
Jun
02

CANCELED - Sectional
8:00 am
View All Events