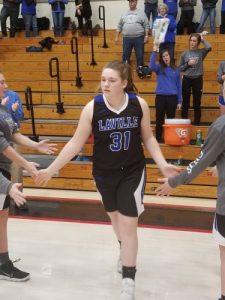 The Lancers and Bobcats met earlier this season, with OD coming away with an 85-28 victory in Hamlet, IN., on November 15.

Oregon-Davis is coming off a narrow 65-62 loss to John Glenn in the first round of the TCU Bi-County Basketball Tournament on Tuesday, January 21.  LaVille, meanwhile, dropped a 33-23 decision to Triton in the tournament opener.

“OD is a really athletic team,” explained LaVille coach Daniel Pleninger.  “They are tall players. They like to run the floor, get quick shots, good shots, both inside and outside. We expect a high tempo game today.”

Pleninger and the Lancers know that OD brings a 32-minute, 84-feet game to the floor and expect more of the same again.

“We’ve gotten better at facing presses all year,” said Pleninger.  “Something that we practice almost routinely. We know ODs press; we know they run things a little differently.  We’re confident in our press break.  We’ve just got to execute.” 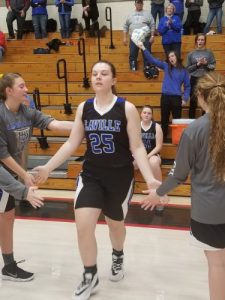 LaVille has had several individual players that have had fine overall performances here and there throughout the season.  Pleninger continues to instill in his players that have to believe they are knocking on the door.

According to Pleninger, keys against OD include, “We can’t get pushed around. We’ve got to be tougher … Tougher inside and tougher outside. Just don’t let people step in front of us, we have to make an effort to get open and look to score.” 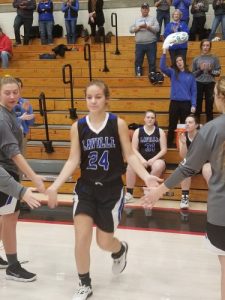