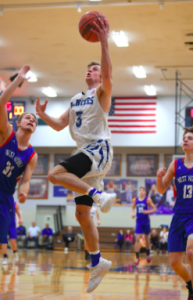 LAKEVILLE, IN. – As head coach Michael Edison returns for his 12th season as skipper of LaVille Basketball, he faces the challenge of replacing four crucial cogs from a 19-4 team and Hoosier North Athletic Conference co-champions in 2018-2019.

Edison’s squad averaged 61 points per game a year ago and Jared Beehler, Luke Beehler, Rilye Cox, and Riley Wagoner take with them 44.3 ppg, or 72% of the Lancer scoring.

“We lost a lot of key players from last year,” said Edison.  “Luke Beehler brought a huge amount of experience as he started every single game his freshman through senior year.  We probably lost at least 40 to 50 of our points per game from last year’s crew. Rilye Cox will be extremely tough to replace as he was such a versatile player and Jared Beehler was one of the best three-point shooters I’ve ever coached. Riley Wagoner brought a grittiness and tenacity that is second to none. 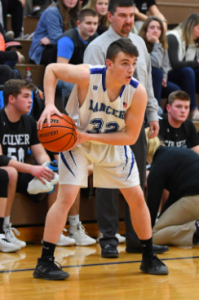 “It will be extremely difficult to replace those guys,” continued Edison, referring to a basketball class that went 74-19 in four years, a couple of HNAC titles, the school’s first-ever Associated Press #1-ranking, and an unbeaten regular season. “We will have to be creative and find a way to beat teams in a different manner.”

The cup board, however, is not totally bare for Edison.

Connor Wieczorek returns as the floor general.  Wieczorek averaged 6.7 ppg to go with 3.1 rebounds per game, and 3.0 assists per game.

“Connor Wieczorek is my one Returning starter from last year’s team,” said Edison.  “He will be our point guard and will be a key leader for this year’s group.”

And as the Lancers prepare for the November 23 scrimmage against Jimtown, Edison continues about other crucial returning letter winners. 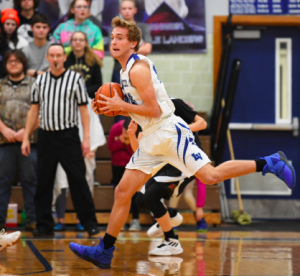 “Jimmy Fischer provided some much-needed sparks last year during some key games,” said Edison.  “We will need him, Tommy Goze, Austin Dove, and Bobby Good to step up in the post area this year.”

Also back are Leyton Czarnecki, Andrew Dill, and Ayden Doyle to help with backcourt duties, while Austin Dove returns after taking a year off from basketball.

“Practices have been going alright so far,” said Edison.  “The guys are working really hard!

It is always fun to see how a new team gels and fits together with different chemistry from the previous years. 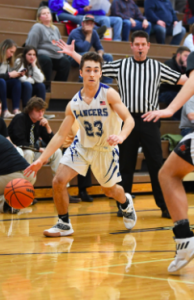 “We have a great group of guys returning that really make the conscious effort to do their best every day,” continued Edison.  “Our scoring this year could come from a variety of different ways. It may not be the same way every time. We will have to be creative in this area.”

The Lancers are two-time defending HNAC champions and are 13-1 over the last two campaigns.

“I think Triton, Knox, and North Judson are some of the key front runners to this years HNAC conference,” said Edison.  “But one thing I’ve learned is that you can’t count anyone out. We will have to be ready each night to play our very best if we’re going to compete with not only some high level players, but some very quality coaches.”

One thing that Edison’s bunch has hung its hat on over the last several seasons has been solid defense.  LaVille has ranked in the states Top 50 defensively among all classes in six of the last seven years.  Last year the Lancers allowed 46.3 ppg good for the 46th-best defense in the state. 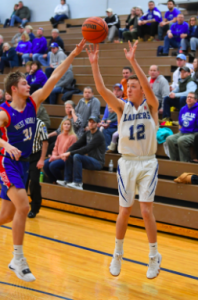 “In order for us to be competitive with other teams we will have to maintain our defensive intensity,” concluded Edison.  “This year will be especially key since we lost so many offensive threats to last year’s graduating group.”

Among rookie varsity prospects for the 2019-2020 Lancers will be freshmen Collin Allen, Ryan James, and Ross Wagoner to go with sophomore Alex Coleman.

LaVille will open the season at newly renovated Dale E. Cox Gymnasium on November 27 against Westville.

“Concord and Elkhart Memorial are new to our schedule this year,” said Edison when asked about the 2019-2020 schedule. “They are both strong 4A competitors.  They have really solid coaches and will be some good competition for us this year.

“We used to play Westville and have recently added them back to our schedule,” continued Edison.  “They had a younger group last year and are a possible sectional opponent along with Boone Grove.”

The Concord vs. Elkhart Memorial game will be played at Elkhart’s North Side Gym on January 18, 2020, just ahead of the 55th Annual TCU Bi-County Basketball Tournament.