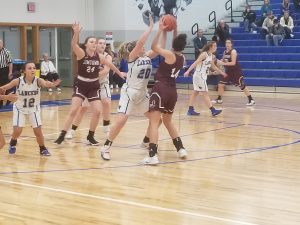 LaVille is coming off a 74-28 loss to state-ranked South Central.  The Lancers battled early before South Central’s 1-3-1 half-court defense forced turnovers as the Satellites outscored the hosts 44-13 in the middle quarters.

Bremen dropped a 55-36 decision at Tippecanoe Valley.  The Lady Lions were led in scoring by Ellia Foster with 13 and Erin Coffel with 11. Haylie Rodriguez had six and Dellenira Duran added three.

Bremen is coming off a 19-7 season, including 8-4 in the Northern Indiana Conference.  The Lions are the defending TCU Bi-County Basketball Tournament Champions and lost 55-30 in the championship game of the IHSAA Class 2A Central Noble Sectional. 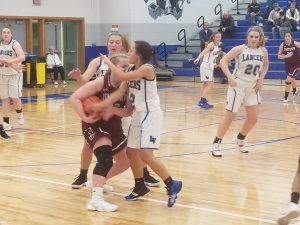 Coffel returns as Bremen’s leading scorer from a year ago, while Ellia Foster is back as a returning junior.