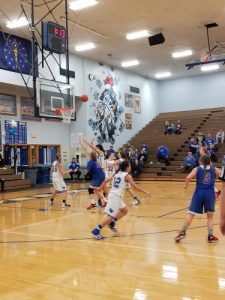 The junior varsity game is scheduled to tip at 6 p.m., with the varsity game to follow a brief Dale E. Cox Gymnasium rededication ceremony.

LaVille returns nine letter winners from a year ago for first-year skipper Daniel Pleninger.  Seniors Trynitie Cox and Natalie Gonzalez are among the returnees.  Also back and expected to contribute are juniors Rebekah Beehler, Allison Medors, and Allison Giles.  Sophomores back are Lauren Dove, MaKenna Tribbey, Kassi Watts, and Faith Rock.

LaVille graduated a total of 244 points between Julia Hall, Kelsey Aschenbrenner, and Hannah Filley.  Hall led the graduates with a 6.6 point per game average.

Cox, Dove and Gonzalez are among those leading scorers that return.

Jimtown has five returning seniors following a 1-22 overall record and 0-12 in the Northern Indiana Conference a year ago.

Alicia Harkins will continue to try and rebuild a Jimtown program that has won just four combined games the past three years.

Senior Jamie Lawson averaged 9.8 points per game last season to go with 4 rebounds per game and is one of five returning seniors for the Jimmies. Seniors Cierra Thomas (0.8 ppg), Alivia Farkas (1.3 ppg), Jenna Burkhart (2.3 ppg) and Abigail Snider (3.2 ppg / 3.5 rpg), along with junior Jocelyn Sandoval (2.6 ppg), will all be counted on to help Jimtown improve against a tough schedule.  Also back are returning juniors Jocelyn Sandoval and Jordyn Sandoval.

Harkins does have a more experienced team this year.  The Jimmies had some time this summer to play together and beat some teams that we haven’t in the past.  Jimtown lost to New Prairie, 55-34, in the first round of the Class 3A South Bend Washington Sectional last season.

Lauren Wolfe, who scored 50 points last season, does not return. 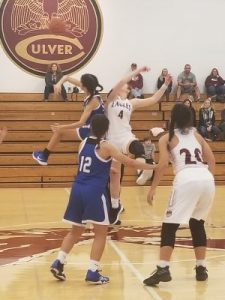 “I’ve watched a little tape (on Jimtown),” said Pleninger.  “We are two evenly matched teams.  I think it will be a good game, a close game. Still winnable and I know defensively they like to play a 2-3 zone and man, which are two defenses we cover in practice and how to attack those.  Really looking forward to it.”

Thursday will not only be the home opener for LaVille, but will also be the rededication following a summer full of renovation to Dale E. Cox Gymnasium.

This will also be Pleninger’s first game as head coach of LaVille Lady Hoops.

“I’m feeling good,” said Pleninger.  “A little nervous. I know I’m going to make mistakes, but that’s why I’ve got assistant coaches to help me out.”

The Lancers started the season on Saturday, November 4, in a scrimmage against Mishawaka.

“I was really impressed with the scrimmage,” said Pleninger.  “We did a lot of good things.  We are running a new offense and trying to get familiar with everyone.  Goal going into the scrimmage was to see how people react in a game situation.  We do scrimmage in practice but things are different when you are keeping score.”

Scrimmages are often used to watch different combinations, observe how the talent responds in a game situation against another school, along with so much more. 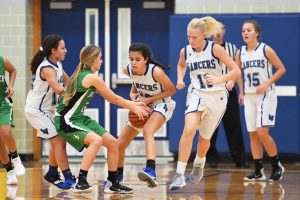 “I wanted to dress everyone and play everyone,” explained Pleninger.  “We had lots of different lineups.  I liked how the girls reacted. We got shots up, didn’t make a lot of turnovers in the back court, so there were a lot of good thins to take away.

“Yeah, it was good to see that the girls did not forget everything we have done in practice,” continued Pleninger of his the new read and react offense being taught to the Lancers.  “We were able to apply things in the game.  Yeah, mistakes were made but there were baby steps that we can build on.  Girls did a good job with the first few passes and cutting.  They were patient with the ball and we had openings to get shots up.  Even if the shots didn’t go in, we gave ourselves a chance which is what we want.”

In addition to the read and react offensive scheme, Pleninger wants his squad to get the ball and move it up court in transition.

“I thought we pushed the ball up the floor really well,” said Pleninger.  “A lot of the girls made the right pass and made the right reads.  The ball doesn’t always go into the same person every single time and a lot of times the pass was correct and maybe we fumbled the ball, or traveled just because we are still getting used to moving at that pace.  We didn’t allow Mishawaka to set up a press or defense right away.  We were able to get quick looks and look to keep building on that.”