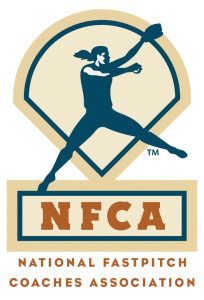 In the spring, the Lancers placed eight players on the Easton/NFCA All-Scholar North Region List.

The NFCA has released its list of All-Scholar High School teams on two scales – unweighted and weighted.  LaVille earned recognition in the Top 50 nationally on the unweighted GPA list.  LaVille was #45 on the Top 50 list.

The NFCA recognizes student-athletes who achieve a 3.5 or better GPA on a 4.0 scale are recognized as NFCA Scholar Athletes. The NFCA recognizes the top 10 academic teams (by overall GPA) each fall through the Easton/NFCA Top 10 Academic Team program.

Established in 1983, the National Fastpitch Coaches Association (NFCA) is the professional growth organization for fastpitch softball coaches from all competitive levels of play. Although collegiate coaches comprised the majority of the organization’s membership in the early days, today they are joined by high school, travel ball, professional and international coaches, along with umpires, clubs, businesses and fans of fastpitch softball. Growing from 40 members in 1983 to over 5,700 today, the NFCA boasts members from all 50 states and 11 international countries – Canada, Czech Republic, Germany, Great Britain, Ireland, Italy, Netherlands, New Zealand, Singapore, Switzerland and Sweden.

The national office, located in the Crescent Hill community of Louisville, Ky., and the headquarters of 11 employees, 19 Board members and seasonal interns, moved to the Bluegrass State in 2012.

Among the list of unweighted GPA schools, LaVille was one of two Indiana schools – Loogootee High School was also recognized.