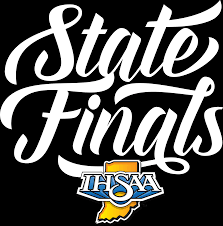 INDIANAPOLIS, IN. – During its October meeting on Thursday, October 10, the IHSAA Executive Committee unanimously approved the plans for this year’s boys and girls basketball state tournaments including the host sites at each level.

The girls tournament begins with sectional games Feb. 4-8, regionals on Feb. 15, semi-states on Feb. 22 and the state finals on Feb. 29.

Host sites are listed in bold in the lists below.