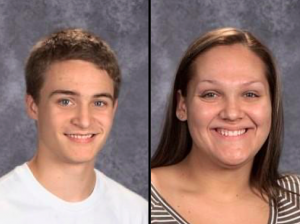 LAKEVILLE, IN. – After nominations from spring head coaches, and an open vote on www.lavilleathletics.com, softball player Allison Thomas and track member Luke Beehler have been selected May Athlete of the Month.

Beehler garnered 46% of the vote.  Baseball player Robby Pope was second with 43%, while Nathan Nichols-Petersen finished with 11%.

“It means a lot to have been nominated by my coach and then selected as the athlete of the month,” said the 2019 Hoosier North Athletic Conference Long Jump Champion and high-point award winner at the Rippy Invitational.  “I generally participate in the long jump, 100, 200, and 4×100. My favorite event was long jump just because I enjoyed jumping.”

Beehler, a 2019 LaVille graduate, will continue his academic and athletic career at the next level.

“The next step in my athletic and academic career is to go to Purdue Fort Wayne to study Mechanical Engineering Technology,” explained Beehler.  “I will also be participating on their track team. I think it is a really cool opportunity to get the chance to not only further my education but also be able to continue my track career.  These experiences in long jump have been really cool and have helped prepare me for the next level.” 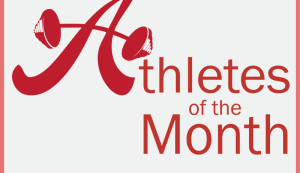 “This years softball season has by far been my favorite season since playing for the high school softball team,” said Thomas.  “In my opinion this was the year that I improved the most and showed not only myself but my teammates and coaches that I was capable of anything if I worked hard and had goals to achieve before season was over. Getting nervous and not confident has always been a downfall I’ve struggled with, but this year I had so much confidence. This season for our team we NEVER gave up we fought until the end and I couldn’t of been more proud of our team.

“The beginning of the season we did struggle, but towards the middle and end we were a whole different team and it was amazing,” continued Thomas.  “I’ve never been more sad for this years seniors to leave because we created so much potential and I know for a fact we could do something big!

When asked about being nominated and ultimately being selected Lapaz Lions Club/LaVille Athletic Department female athlete of the month, Thomas responded:

“Being nominated and then selected to receive Athlete of the Month means so much to me. It also shows me that all my hard work payed off and I can make a difference in my team so keeping doing what I’ve been doing. My coach always said “Nobody better AT” which will forever be influential.”

Thomas had a strong month of May on both sides of the ball.

Thomas hit .382 during May, while hitting safely in eight of 11 games. The junior also collected a home run, three doubles, and 15 RBIs.

“The end of my season was positive and I never thought I was capable of achieving what I did,” concluded Thomas.  “It was so important to me to finish on a positive note because all season I wanted to prove to my team and execute when I needed to and the end of the season I did.”

When asked about what participating as a student-athlete, Thomas said:  “Participating in athletics means a lot to me. The athletics aren’t just a team, you become a close family and it’s so incredible. The teams are place for you to escape from the outside world and it shows how much the athletics are involved with us athletes.  This is just a thank you to my coaches and teammates for making this softball season extremely memorable.”