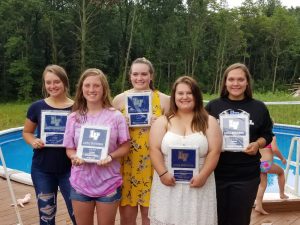 The Lancers finished the season with a 7-17 overall record and 2-5 in a much-improved Hoosier North Athletic Conference.

The Lancers were much more competitive in 2019, losing four games by one run and seven games by a total of 13 runs. 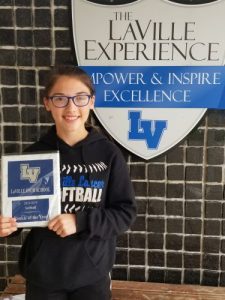 “We graduate three seniors that have a combined 11 years varsity experience that can not be replaced,” said coach Scot Shearer.  “Hannah Filley is a two-time all-conference unanimous shortstop who hit over .400 the last two season. Hannah Good is a three-year varsity pitcher, and Brianna Sauer a utility player that could hit for power.  Sauer is the only player I have had that has played every position on the field. Both Filley and Sauer battle back from injury to make solid contributions to LaVille Softball.  Each one of these young ladies brought their own unique personality, talent, skill, and ability that will be missed.” 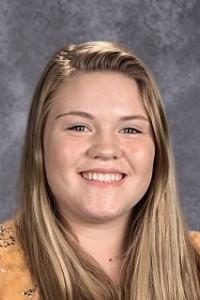 The team broke the school-record in home runs; the Lancers improved their batting average to .310, and a fielding percentage right around 90%. The earned run average continues to improve, and is set return 12 players for the 2020 season.

Along with Filley and Medors being selected All-Hoosier North Athletic Conference first-team, Medors was selected to the ICGSA All-State List.  Medors was chosen second-team all state in the Class 1A/2A division.

“We are a balanced group of returnees for the 2020 season,” said Shearer.  “A strong upper-class group, coupled with that added experience of our sophomores and a handful of incoming freshmen will give us a strong base to start the 2020 season.

“We are excited to get some work done in the off season,” said Shearer.  “We continue to look to improve our pitching, defense, and overall conditioning.  We have set goals for the 2020 season, now we have to put the work in to achieve those goals.  I have confidence we will put that work in to get better.”

Rookie of the Year: Ayva Barger

ICGSA Class 2A Assistant Coach of the Year