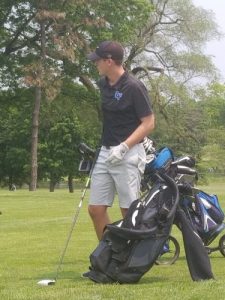 LaVille finished with a team score of 386, good for 10th place overall.

“I thought collectively we played pretty well,” said LaVille coach Brandon Brown. “We had two guys – Nathan and Matt – shoot in the 80s. Nobody advanced individually, but I’m proud of everyone’s performances.

“I felt that going in to the back nine we had a real chance to have someone advance to regional,” continued Brown.  ” I think some of our guys had some difficulty adjusting to the speed of the greens and the weather became warmer.”

The top three individuals advancing that were not on an advancing team were Thaddeus Horvath of Marian High School, Jacob Roeder of  Mishawaka, and Chad Hartstein from South Bend Riley.

“Overall, I thought we had a great season,” explained Brown. “Guys like Nathan Nichols-Petersen don’t come around very often and he’s going to be missed next year.  He’s a great leader on and off of the course and will do very well for himself in the future.

“I think we were consistent all year and had really strong play from Nathan, Matt Butler, and Logan Plummer all year,” continued Brown of the season overall.  “Fortunately, we should have the majority of our team back next year.  It was a great opportunity to get to know a group of great young men and I hope this builds confidence for them next year.” 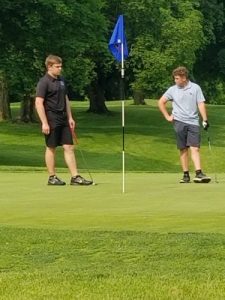 Top 3 Individuals Not On An Advancing Team