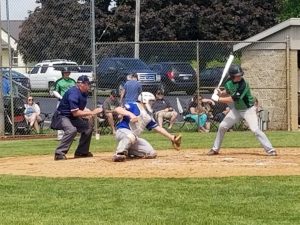 Topeka, IN. – The LaVille Baseball team will be shooting for its fourth baseball title in school history.  The Lancers (21-5) will face two-time defending champion Eastside (23-3) in the Class 2A Sectional 35 title game Monday, May 27.  The first pitch is scheduled for 11 a.m. at Westview High School.

LaVille, following sectional victories over Prairie Heights and Bremen, have earned a shot at the first baseball title since 1991.  The Lancers have won three baseball sectional titles in school history.

“We know Eastside is a really good team that can swing the bats,” said Lawler.  Eastside won the sectional last year so they are used to playing in this game.

“The keys for us to be successful starts with our defense,” continued Lawler.  “We can’t give a team like Eastside extra outs and we have to play error free baseball to have a chance to win.  And hopefully we can continue to swing the bats and put pressure on the other team.  Of course pitching will be key and we can’t put runners on base.” 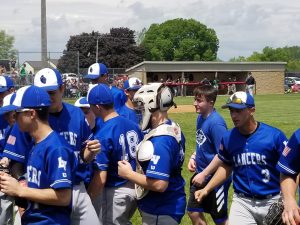 Eastside has won 11 straight games and are the defending Northeast Corner Conference champions.  The Blazers also received rating points and are honorable mention in the final Indiana Baseball Coaches Association poll.  Eastside is 8-1 on the road, including 3-0 on games played at a neutral site.

There are two common opponents between Eastside and LaVille.  The Blazers defeated Prairie Heights 11-3 on May 17.  The Lancers, meanwhile, eliminated the Panthers, 10-0, in the first round of the IHSAA state tournament on May 22.  LaVille is 11-5 on the road, including 2-0 in games played on a neutral site.

Top hitters for Eastside are Maguire Jacobs and Chase Franz.  Jacobs had three hits, including a two-run home run, drove in three runs and scored three times as Eastside won the NECC title. Franz, meanwhile, added two hits, with a double and a solo home run, scored twice and drove in one.