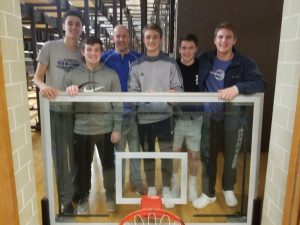 LAKEVILLE, IN. – As the Dale E. Cox Gymnasium renovation project is about to complete week to two of demolition, LaVille Girls Basketball coach Corey Duncan and LaVille Boys Basketball coach Michael Edison shared some of their memories.

“Well, I haven’t coached here long,” said Duncan.  “But when I was in high school I played and won four sectional championships at LaVille.  It was a neat experience to come back here and coach in the gym that I played in during my high school career.  A new gym is always exciting for the school and community.  It’s something the new generation can leave their mark on and be proud of.” 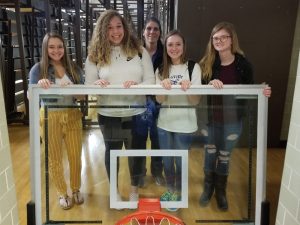 “I have quite a few memorable games in my 11 years in the Cox Box,” said Edison.  “I remember my first year in 2009 we won four games. One of the four wins that we had was a home game against NorthWood.  They had a very good team that year and somehow we got up about 18 points at halftime.  They were missing one of their better players that night, Skylar Titus.  It was a game time decision and the other players on their team seemed pretty lost without him.  Within two minutes into the third quarter it was a tie ballgame. At the rate Northwood was going I didn’t think there was anyway we could stay with them.  Amazingly, somehow we were able to stay close to them and were able to pull it out at the end.” 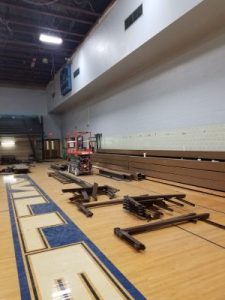 “Another memorable game was when we were able to win the TCU Bi-County a few years back,” recalled Edison.  “This was the first win for LaVille in an absurd number of years!  I remembered Mike Berger almost knocking me over as he charged the court as the final buzzer rang. John Glenn had a shot at the buzzer that could have won it for them.  It was an amazing moment for our team.”

LaVille won the 2015 TCU Bi-County Boys Championship by a 50-48 score over rival John Glenn.  It was the first TCU Bi-County Tournament title win since 1974.

When asked about what particular plays stuck out in his mind, Edison commented:  “There have also been a lot of amazing plays that I have seen as well.   I am always partial towards good unselfish play, I love it when our guys dive after a loose ball, and I am ecstatic when our players sacrifice their body to take a charge.  One particular amazing play that took place this year in practice was when we were practicing last second plays and Isaiah Herbster made an unbelievable full-court pass to Leyton Czarnecki who drained a three-pointer at the buzzer to beat the first team.  This is a play that none of the fans were able to witness, but it was pretty special.” 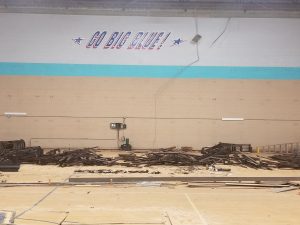 “I also remember a few years back Blake Berger missing a free-throw on purpose with a few seconds left against Triton,” said Edison.  “He was able to get his own rebound and knocked in a shot to force the game to overtime.  It was amazing execution.”

Cox Gymnasium was built for the 1965-66 school year and has witnessed great teams, great games, great players, and great coaches.

“I think it will be really neat for our players, students, and fans to be a part of a brand new gym,” concluded Edison.  “With the new gym also comes a lot of responsibility to our student-athletes and coaches.  We must all be willing to work extremely hard day in and day out in every practice so we are prepared to protect our new house!”

The “Cox Box” will get a new floor, bleachers, scoreboards, paint job, and memories for Lancer Nation.  But the excitement of great teams, games, players, and coaches will live on to write new headlines and highlights!

Note: LaVille finished 9 and 12 in that first season coached by Jim Hettler.

THE FINAL SENIORS TO PARTICIPATE IN THE 53-YEAR OLD COX GYMNASIUM INCLUDE: