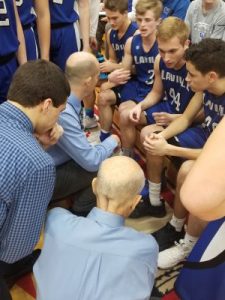 TOPEKA, IN. – LaVille High School basketball coach Michael Edison knew it was going to be a tough semifinal game in the Class 2A Sectional at Westview.

The Class 2A #7 Lancers battled from behind several times to tie the game or get within one possession but fell short, 74-60, to the Panthers in the Indiana High School Athletic Association state tournament.

What it all boiled down to was LaVille’s inability to stop Mike Perkins.  Perkins finished the game 8-for-8 from 2-point range, 2-for-3 from beyond the arc, and 19-of-24 from the free throw line for a 41-point effort.

“We didn’t get things rolling real well early,” said Edison. “We couldn’t capitalize.  We had a couple guys that didn’t shoot the best, but sometimes that happens.  Sometimes when we get down we overextend.  When the ball falls in, the confidence starts to build.” 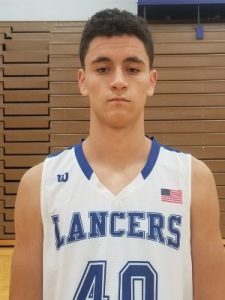 The Lancers, however, rallied in the second quarter, outscoring the Panthers 18-11 to tie game at 25-25 with 1:38 left before halftime.  LaVille senior Rylie Cox scored 11 second-quarter points to help the rally.

“Rylie Cox kept us in it with his shooting,” said Edison of the senior.  “He hit some key shots.”

Prairie Heights took a 31-28 halftime lead, but Edison and the Lancers never felt like they were out of it.

The two non-conference opponents battled back-and-forth in the third.  Prairie Heights held between a five to seven point lead before Cox hit a big bucket, was fouled and converted the old-fashioned 3-point play to cut it to 36-34 at the 4:55 mark.  They just couldn’t quite get over the hump, as Prairie Heights extended its lead to 51-39 heading into the fourth period. 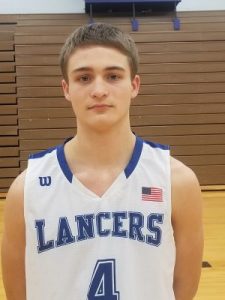 “A lot of credit goes to Prairie Heights,” said Edison.  “We had a chance, if we hit a couple of those shots that gives our guys confidence.”

The Panthers would widen the gap to 58-39 with 6:56 left before LaVille started to make a push.  Connor Wieczorek, Luke Beehler, and Cox helped narrow the gap to 68-60, but could get no closer.

“I thought they finished with poise,” explained Edison of his club.  “I felt like we could have done a little better in the first half. I thought we got flustered in the second half, especially when things weren’t going well for us.

“I did like the way we made some runs,” continued Edison.  “We had some chances.  We would get it to one or two points and they would turn it to 10 points.  With two or three minutes left we almost made that late push.  Our guys battled hard for the entire game and I was proud of them for that.” 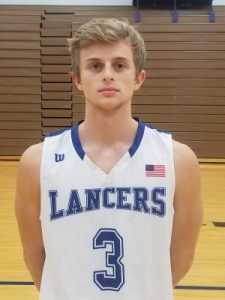 Cox finished with a season-high 29 points and 10 rebounds.  Luke Beehler added 16 points, and Wieczorek chipped in with 10 points, three steals, and three assists.

“I have a great group of seniors this year,” explained Edison.  “All four of my players plus one manager have been very instrumental in the success of LaVille basketball for the past several years.  I couldn’t ask for a better group of seniors as they have been amazing to coach and even better people off the court and in the classroom.
“They have led this team in such a positive way day in and day out for the last 93 games,” continued Edison.  “They will all be greatly missed after this season.”

LaVille closes the season at 19-4 overall.