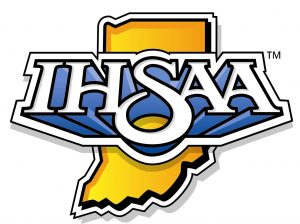 TOPEKA, IN. – The Class 2A #7 LaVille Basketball team is set to face Prairie Heights in the semifinal round of the 109th IHSAA State Boys Tournament Friday, March 1.

Whitko will battle Class 2A #3 Westview in the 6 p.m. opener.  LaVille and Prairie Heights will square off in the second semifinal, around 7:30 p.m.  The winner will advance to the Sectional #35 championship game Saturday, March 2, at 7 p.m.

All games are played at Westview High School.

“Prairie Heights has several different players that can score offensively for them,” said LaVille Coach Michael Edison.  “They are an up-tempo team, but will also be patient on offense and get the shot they want.  They have a 6’7″ post player in the Malone kid who has long arms, is a shot blocker, rebounder, has nice post moves, and is a very good passer out of the post.  They get after their opponent when they are on defense and play a tight man-to-man defense.  The Malone kid’s ability to alter shots may be one of his biggest assets.”

LaVille has had a 9-day rest since the senior night victory over Oregon-Davis back on February 19.

“The extra time we have had to prepare and practice has been good for us,” said Edison.  “Rilye Cox has not done much because he had a deep thigh bruise in our last game.  Hopefully this extra time gives him the extra healing his body needs.

“In order for us to victorious tomorrow night we must value the ball and take care of it,” continued Edison.  “We also must keep Prairie Heights off the offensive boards so that they do not have 2nd and 3rd chance opportunities.”

LaVille leads the short series against Prairie Heights.  The Panthers won the last encounter, 62-53, on March 2, 2016, in the IHSAA sectional.