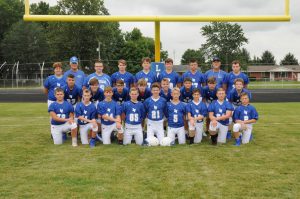 On defense, Clay Borton, Landen Christner, and Ryan James had one interception each.

The Lancers have recorded  three straight shutouts so far this season.