It was the first opportunity for LaVille coach Justin Christy and his staff to see the Lancers play against a different opponent. 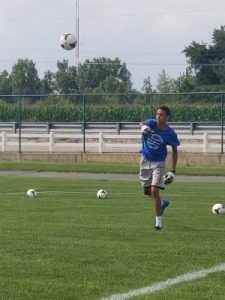 “I thought the offense played very relaxed for their first live competition of the year,” said Christy.  “The pressure of the game didn’t really affect them too much. Passes were accurate and played into dangerous areas for the other team to defend. One of the nice highlights of the offense was our Freshman Defensive Midfielder Conner Deason. He definitely did not play like a freshman. He adapted to the pace of play very well.”
Christy also likes where the LaVille defense is playing this early in the season.
“Defense is right where I expected them to be,” explained Christy.   “Led by Senior Auston Stanley-Horvath, the defense kept the opposing offense out of rhythm and kept shots to a minimum. It was great to see our outside defenders getting really involved with the offense. Tyler Haygood was able to make some great runs from his outside defender position and get the ball down deep in the corner for some great crosses into the 18′. 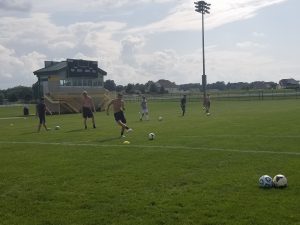 Another aspect of the game that is just as crucial as offense and defense is the play of the goal keeper.
“Our goalie, Rilye Cox, played great,” concluded Christy.  “Our defense really kept the shot and opportunities to a minimum, however, anything that did get through Rilye was able to clean up. Both his goal kicks and goalie punts were very good and we expect another All-Conference season out of him.”
LaVille will open regular season action Tuesday against Mishawaka.  The match will be played at Newton Park and start at 6 p.m.
Aug
13