LAKEVILLE, IN. – National Sportsmanship Day will be observed on Tuesday, March 5th, 2019.

As we begin the 2018-2019 school year, the LaVille Athletic Department would like to remind parents and student-athletes that sportsmanship plays a role each and every day.

The role of the parent in the education of a student is vital. The support shown in the home is often manifested in the ability of the student to accept the opportunities presented at school and in life. 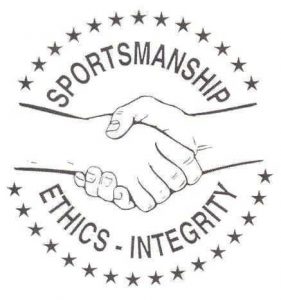 There is a value system – established in the home, nurtured in the school – which young people are developing. Their involvement in the classroom and other activities contributes to that development. Trustworthiness, citizenship, caring, fairness and respect are lifetime values taught through athletics and activities. These are the principles of good sportsmanship and character. With them, the spirit of competition thrives, fueled by honest rivalry, courteous relations and graceful acceptance of the results.

As a parent of a student-athlete(s), your goals should include:

*Realize that athletics are part of the educational experience, and the benefits of involvement go beyond the final score of a game.

*Encourage students to perform their best, just as we would urge them with their classwork.

*Participate in positive cheers that encourage our student-athletes; and discourage any cheers that would redirect that focus – including those that taunt and intimidate opponents, their fans and officials

*Learn, understand, and respect the rules of the game, the officials who administer them and their decisions.

*Respect our opponents as student-athletes, and acknowledge them for striving to do their best.

*Develop a sense of dignity and civility under all circumstances. Parents can have a major influence on students’ attitudes about academics and athletics. The leadership role parents take will help influence your child, and our community, for years to come. We look forward to a strong and supportive partnership that encourages fair play and sportsmanship at all times. 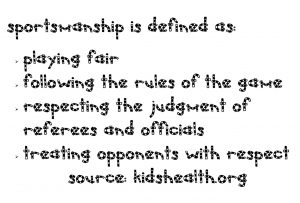 1. Accept and take seriously your responsibility as a player and role model and also recognize your privilege of representing LaVille Jr-Sr High School and the Lakeville and Lapaz communities.

Practice good sportsmanship at all times – on or off the playing field or court.

2. Cooperate with your coaches and follow LaVille Jr-Sr High School and team rules of conduct as outlined in the student and athletic handbooks.

1. Shake hands with opponents and express your best wishes for success.

2. Exhibit a positive and enthusiastic attitude about the contest.

1. Assist players who are down in getting to their feet.

2. Shake hands after an aggressive exchange.

3. Never gesture to officials, players, coaches or fans in a negative manner.

4. Never disagree openly with an official or coach’s decision. Carry on ethically and maturely.

5. Shake the opponent’s hand if he/she fouls out, or extend congratulations when he/she is leaving the contest.

1. Extend a congratulatory handshake to your opponent immediately at the game’s conclusion.

2. Never debate something that occurred during the game with anyone, as it is in the past.

3. Be objective when communicating to the media about the contest.

5. Promote sportsmanship and your athletic experience positively whenever and wherever the opportunity arises.